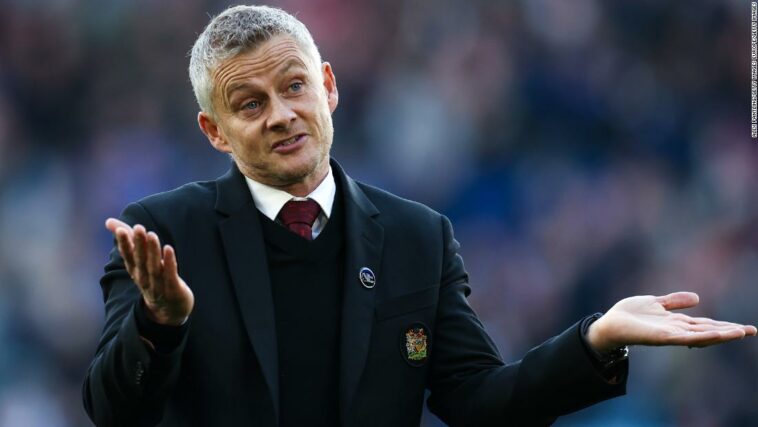 The pressure on Manchester United manager Ole Gunnar Solskjaer was ratcheted up a few notches on Saturday afternoon as his side lost 4-2 to Leicester City in the Premier League.

Solskjaer’s team had the perfect start though, with England sensation Mason Greenwood rifling United in front after 18 minutes.

However, on an afternoon where United struggled, Leicester came roaring back, as goals from Youri Tielemans and Caglar Soyuncu turned the game on its head.

Soyuncu’s goal sparked a crazy end to the game, with Marcus Rashford equalizing just minutes later, only for Jamie Vardy to pull Leicester back ahead 54 seconds later.

Patson Daka’s first goal for Leicester wrapped up the victory in the dying moments, and meant United has failed to win any of its last three Premier League games and only once in its last five games in all competitions.

When asked about his side’s performance, the Norwegian called it a “bad day.”

Back to Top
Close
X
Bundesliga: Awoniyi Scores In Union Berlin Home Win Vs Wolfsburg…SoccerComplete SportsNigeria forward Taiwo Awoniyi was on target as Union Berlin recorded a 2-0 home win against VFL Wolfsburg in their Bundesliga clash at …