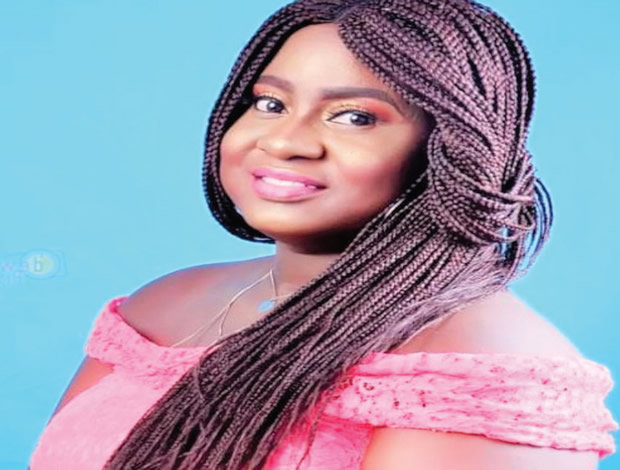 Surviving breast cancer in Nigeria is not just a difficult mission, it is nearly impossible. This is primarily because healthcare facilities in the country are lacking in both the necessary equipment and the required specialists to provide the needed care.

However, Miss Abisayo Fakiyesi, a two-time breast cancer survivor believes that being diagnosed with the disease should not be seen as a journey to the valley of death, despite the poor state of the nation’s health sector. She shares her harrowing battle against the dreaded infection with ANGELA ONWUZOO

In February 2015, Abisayo Fakiyesi woke up from sleep one morning and saw bloodstains on her wrapper. Having seen her period a few days before the incident, she wondered where the bloodstain came from and finally traced it to the nipple of her left breast.

Despite her concerns, the Ondo State indigene carried out her routine activities that morning and thereafter padded the bleeding nipple with a piece of cloth before going to work.

The Digital Advert Specialist with one of the foremost newspaper companies in Nigeria never suspected that breast cancer was lurking around the corner.

Although her mother had died of breast cancer at the age of 53 when she was 15 years old, breast cancer had never crossed the mind of Abisayo because she was just 23 and assumed that she was too young to come down with the dreaded disease.

Sharing her experience with PUNCH HealthWise, the two-time breast cancer survivor said she was able to defeat the deadly disease through the overwhelming support she received from her company, friends, some family members and good-spirited individuals, whom she said came to her rescue immediately she cried out for help.

She narrated, “I woke up one morning in February 2015 and saw a bloodstain on my wrapper. I was surprised because it hasn’t been long since I saw my menses.

“I was wondering where the bloodstain came from; so I traced it to my left nipple. When I was going to work, I looked for a piece of cloth to cover the nipple so that the blood would not stain my dress.

“When I got to the office, I told my Head of Department then about my experience and she asked me to go to the hospital the next day.

“So, I went to a private hospital in Surulere that my mother had used to use before she passed away at the age of 53 after a long battle with breast cancer. She died many years ago when I was 15 years old.

“Actually, my mother had breast cancer twice but couldn’t survive the second attack. So, when I got to the hospital, they ran several tests on me. One particular afternoon, they called me to come and pick up my result.

Diagnosed with breast cancer at 23

“When I got there, the doctor that I met told me that it was breast cancer. But I told him that I can’t have breast cancer at the age of 23. So, I went to the owner of the hospital to see him about what one of his doctors told me.

“But when I saw his mood and the way he was consoling me, I knew that something was wrong.”

Not satisfied with the result, Abisayo decided to seek a second opinion, considering the fact that being diagnosed with breast cancer comes with pain, stigma and grief, citing her mother’s experience.

“I decided to seek a second opinion. So I went to the Lagos State University Teaching Hospital, Ikeja, and the oncologist that I met requested that I do a repeat test at another hospital, which I did, and the result came back positive.

“The oncologist told me point blank that it was breast cancer and that it was at stage zero.

“She told me that the best thing for me to do was to cut off the breast before it spread. But I refused; I told her that God was going to heal me.

“So, I started going from one prayer house to another, searching for healing,” she recounted.

After several visits to different churches for healing, it dawned on Abisayo that God also brings healing to the sick by using health professionals to execute His plans.

The dark beautiful lady decided to return to her doctor at LASUTH for treatment.

She went on, “One day, in one of the churches that I visited, I heard a voice that said to me “I have given you all that you need to survive, why waste time?”  At that point, I stopped going to prayer houses and went back to my doctor.

“When the doctor saw me, she wondered why I came back since I said earlier that God was going to heal me. So, she booked me for surgery which was done in September 2015 and the whole left breast was removed.

“The surgery (mastectomy) was successful. After the surgery, I was told to heal for about a month and thereafter, I was sent for radiotherapy.

“I wasn’t sent for chemotherapy because the cancer was at stage zero according to the doctor.

“But when I was looking for where to do the radiotherapy in October 2015, I found out that the only two radiotherapy machines that were working in the country were fully booked.

“One was at Eko Hospital, Lagos, and the second one was at the University College Hospital, Ibadan.

“When I visited the two, they said they had no space and gave me a slot for April 2016 to have my radiotherapy done. The cost of radiotherapy then was over N300,000.

Back to Top
Close
X
TikTok creator, Adorian Deck, shares 20 disturbing facts about our world…Last PostVia Bored Panda: By Liucija Adomaite & Justinas Keturka Some things are better left untold, you know. Like the fact that your bed likely has somew…

X
Video: ‘Pastor’ caught having intercourse with married woman on Church altar…Last PostBy Richard Ogunsile  A young man said to be a pastor has been caught inside a Church fornicating with a married woman. Naija News understands that the…