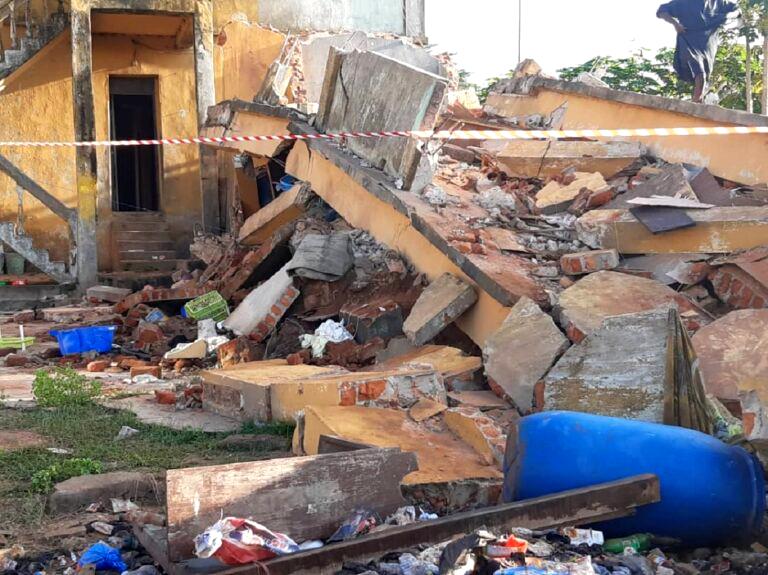 Three people were missing while two others were rescued at Haruna area, in Ikorodu, Lagos state after a two-storey building collapsed.

The collapse was said to have occurred on Monday night, at 97, Lagos Road, Haruna bus stop though the rescue operation is still ongoing.

The three missing persons were suspected to be trapped in the collapsed building though details about the incident were sketchy at press time.

It was learnt that immediately after the incident occurred, the local residents within the area mobilised themselves to carry out initial rescue activities after which the fire service and Police responded but were unable to do much due to the unavailability of equipment to lift the rumble on the suspected location of the trapped victims.

Back to Top
Close
X
Nnamdi Kanu issues warning, calls for fasting, prayers ahead of Thursday trial…Latest NewsDaily Post Nnamdi Kanu, leader of the Indigenous People of Biafra, IPOB, has issued an urgent and important warning, ahead of his trial on Thursday. K…