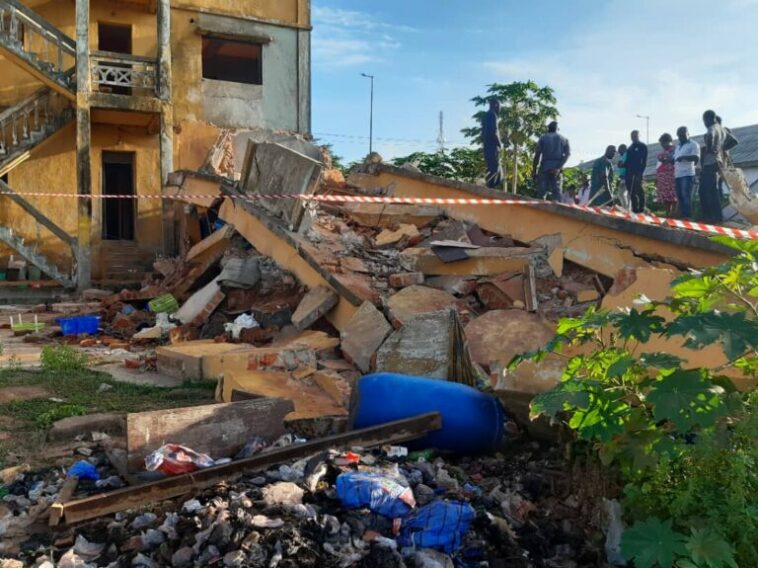 The National Emergency Management Authority (NEMA) said one person has died from a collapsed two-storey building in Ikorodu, Lagos State.

The incident occurred on Monday around 10 pm; two persons were rescued alive and taken to Ikorodu General Hospital for medical attention.

NEMA South West Spokesman, Mr Ibrahim Farinloye, told NAN on Tuesday that the two persons injured comprised of a male and a female.

The collapsed building was located at 97, Lagos road, Aruna area of Ikorodu.

He said: “Immediately the incident occurred, local residents within the area mobilised themselves to carry out initial rescue activities.

“Though, fire service and police responded, they were unable to do much due to unavailability of equipment to lift the rubble on the suspected location of the trapped victims…

X
Plane with 21 on board crashes in Texas, bursts into flames (VIDEOS)…HeadlinesRT A small plane came down near Houston, Texas on Tuesday and burst into flames, according to dramatic footage from the scene. Incredibly, all of the …