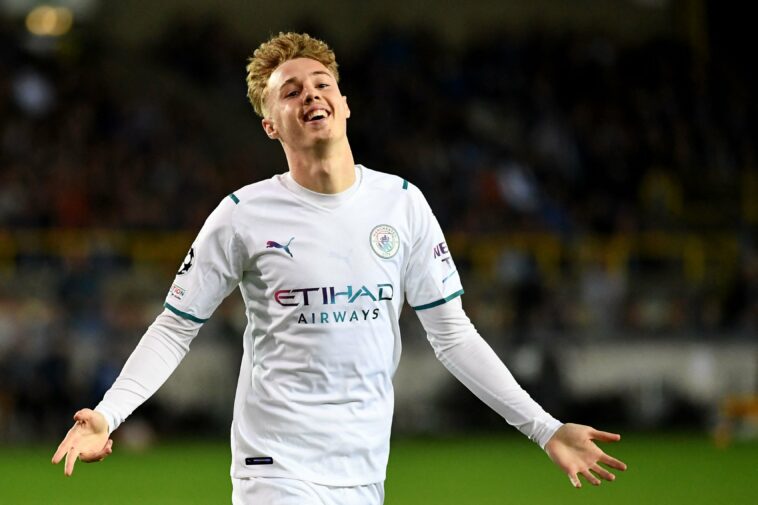 Ultimately, it was left-back Cancelo who broke the line after half an hour to roll home a delightful Phil Foden pass. Cups rained down from the home end, underlining the fervent background that the away side expertly ignored.

Mahrez was felled by a rash Stanley N’Soki challenge on the edge of half-time, before picking himself and executing the key second goal. Kyle Walker burst through after the break, teed up on the underlap by Kevin De Bruyne, to fire home the third.

The surprise on the right-back’s face at hitting the back of the net underlined the irregularity of his name on the scoresheet – although City may soon get used to seeing one of his young teammate’s.

Substitute Sterling was set free down the left and cut back for Palmer. Yes, he had time and space in abundance to shift it onto his left boot and curl his shot home, but the fact he pulled it off was nonetheless highly impressive from this talented teenager.

Brugge, driven on by the home support who had provided Belgium’s own De Bruyne with a stirring reception after his exit, refused to give up and were on the board after a finish from Hans Vanaken.

The hosts’ desire to continue pressing forward allowed Mahrez the chance to beat the offside trap and slash home his second of the night, and his fifth goal in three meetings with Brugge…