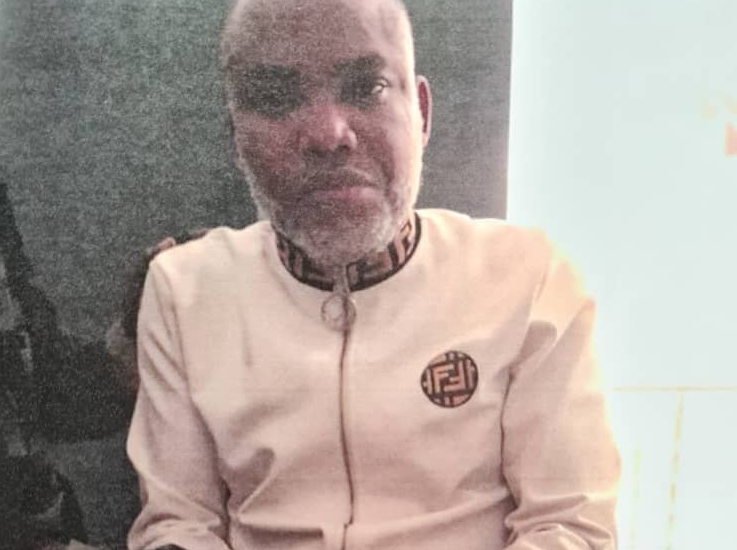 The Federal Government has accused the leader of the Indigenous People of Biafra (IPOB), Nnamdi Kanu, of inciting the violence which has gripped some parts of the country.

This is contained in the evidence of the amended seven-count charges brought against Kanu before a Federal High Court in Abuja, where he is facing allegations of treasonable felony and terrorism.

The arraignment has been fixed for Thursday, October 21.

In the case summary signed by Director of Public Prosecutions of the Federal Ministry of Justice, M.B. Abubakar, dated 12th October, 2021, the prosecution averred that it will lead evidence that Kanu granted an interview with Sahara Reporters “wherein he asserted that Nigeria, which he refers to as the ‘zoo’, ‘have come to an end.’”

The prosecution further averred that Kanu insisted in the interview that violence is the language people in the ‘zoo’ understand while adding that “if they fail to give us Biafra, Somalia will be a child’s play; Somalia will look like paradise. We will kill everybody in that zoo called Nigeria.

“If they fail to give us Biafra, there will be no more living in the zoo.”

“In his broadcasts, he invited his listeners to burn down as many police stations as police and kill any policeman and military personnel,” the prosecution averred.

The prosecution averred that Kanu had in a broadcast on August 1, 2015, directed his members in Diaspora to identify families of Nigerian dignitaries abroad, their residences and schools for reprisal when security agencies attack Biafrans.

In the seven-counts charge, the prosecution alleged that Kanu had sought to carve out South East, South South, parts of Kogi and Benue states to form the Republic of Biafra against the provision of Section 41(c)of the Criminal Code Act, 2004.

The federal government further alleged that Kanu on 28th April, 2015 made a broadcast on Radio Biafra, London, monitored in Enugu referred to Major General Muhammadu Buhari, who is the Commander-in-Chief of the Federal Republic of Nigeria as paedophile, terrorist and an embodiment of evil “knowing same to be false”, which contravenes Section 357 of the Criminal Code Act, 2004.

Other charges read, “that you Nnamdi Kanu, male adult of Afarachukw lbeku Umahia North Local Government Area of Abia State between the month of March and April 2015 imported into Nigeria and kept in Ubulusiizor in Ihiala Local Government Area of Anambra state within the jurisdiction of this Honourable Court , a Radio transmitter known as TRAM 50l concealed in a container of used household Which you declared as used household items and you thereby committed an offence contrary to Section 47 (2) of the Criminal Code of Act ,Cap C45, Laws of the Federation of Nigeria, 2004.

That “on the 16th of May, 2021 in London United Kingdom within the jurisdiction of this honourable court did commit and act in furtherance if an act of terrorism by making a broadcast that “in two weeks time, what will happen will shake the world, people will die, the whole world will stand still mark my word” and you thereby committed an offence contrary to…