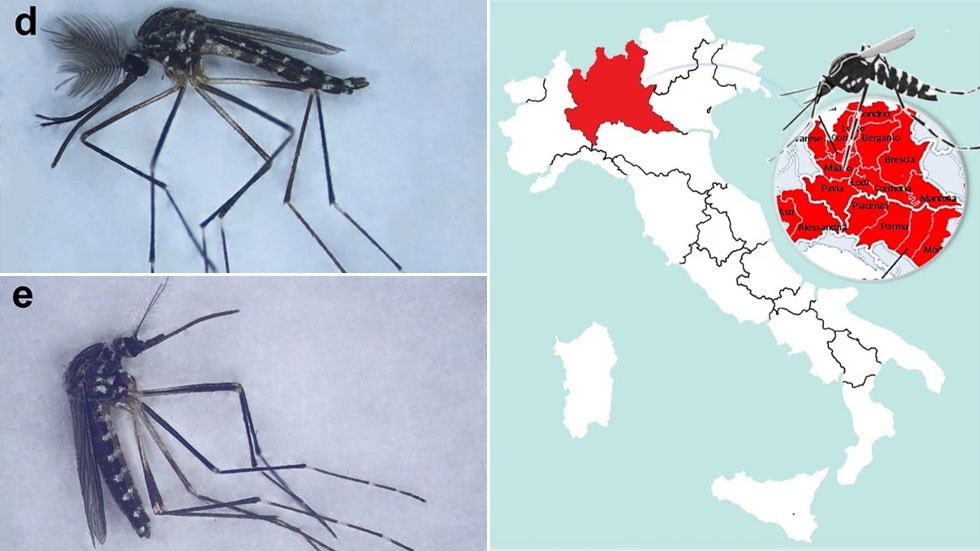 An invasive species of mosquito from East Asia is slowly spreading throughout Italy and could serve as a vector for viruses, according to a new scientific report.

An article in the Parasites & Vectors scientific journal last week claimed to have evidence that the concerning mosquitos, known as Aedes koreicus, have been expanding toward southwest Italy since being discovered in the north in 2011.

Describing the mosquitos as a “potential vector of nematodes and viruses,” the article warned that their presence “has recently been reported in many regions of Europe,” and that in Italy, they “are now spreading towards the southwest of the country.”

Thought mosquitoes were just for summer? #Italy sees the arrival of ‘Aedes koreicus’, an alien species of mosquito unafraid of the cold. 🦟https://t.co/xRAoUtfBOJpic.twitter.com/r6hIQQ5AJv

Researchers found 6,000 mosquito larvae in Bergamo – Italy’s Lombardy Region – of which they discovered that 50 belonged to the alien species.

The article argued that this discovery “confirms the spread of this species in the north of Italy and raises concerns about its possible role as a vector of diseases in the Alpine area.”

🦟’Evidence for the spread of the alien species #Aedes koreicus in the #Lombardy region, #Italy‘ by Agata Negri, @epis_sara et al. @crcpediatrico@LaStatale@bugbittentweetshttps://t.co/CR6Q3u78Yv@ECDC_EUpic.twitter.com/1bMvAoo4fN

The article concluded that there was an “urgent need for coordinated efforts” to monitor the mosquitos and prevent them from becoming a vector for pathogens.

Aedes koreicus has traditionally lived in Korea, Japan, and parts of China and Russia, but has since spread to other Asian and European countries, including Kazakhstan, Germany, and Switzerland.

This story first appeared in RT

Back to Top
Close
X
The Metaverse: How close are we and is metaverse the future?…ScienceBy Daniel Levi The term “metaverse,” was originally coined in the 1992 dystopian novel “Snow Crash.” Since then, the word has been used for a virtual …

X
Why no tusks? Poaching tips scales of elephant evolution…ScienceAP NewsBy Christina LarsonWASHINGTON (AP) — A hefty set of tusks is usually an advantage for elephants, allowing them to dig for water, strip bark for…