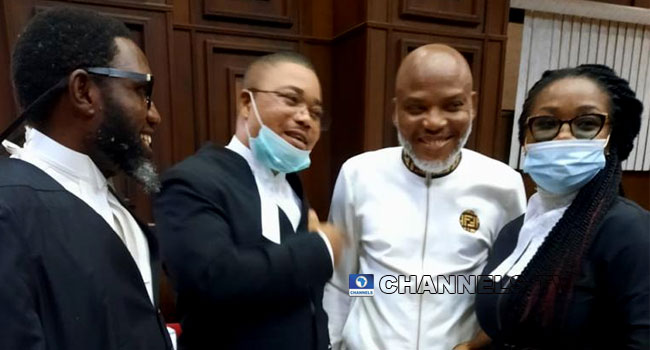 The embattled leader of the proscribed Indigenous People of Biafra (IPOB), Nnamdi Kanu, has pleaded not guilty to the seven amended charges preferred against him by the Federal Government.

Kanu, who was re-arraigned at the Federal High Court in Abuja on Thursday, said he was innocent of all the allegations levelled against him.

When the charges were read to him, he pleaded not guilty.

In the course of the hearing, the court refused his application for transfer to Kuje Correctional Centre from the DSS facility where…