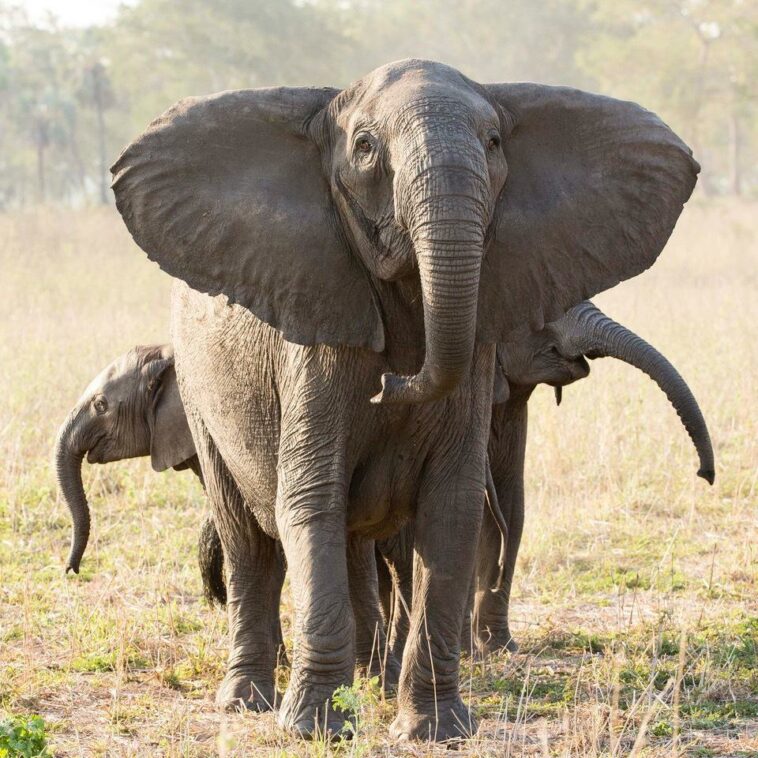 WASHINGTON (AP) — A hefty set of tusks is usually an advantage for elephants, allowing them to dig for water, strip bark for food and joust with other elephants. But during episodes of intense ivory poaching, those big incisors become a liability.

Now researchers have pinpointed how years of civil war and poaching in Mozambique have led to a greater proportion of elephants that will never develop tusks.

During the conflict from 1977 to 1992, fighters on both sides slaughtered elephants for ivory to finance war efforts. In the region that’s now Gorongosa National Park, around 90% of the elephants were killed.

The survivors were likely to share a key characteristic: half the females were naturally tuskless — they simply never developed tusks — while before the war, less than a fifth lacked tusks.

Like eye color in humans, genes are responsible for whether elephants inherit tusks from their parents. Although tusklessness was once rare in African savannah elephants, it’s become more common — like a rare eye color becoming widespread.

After the war, those tuskless surviving females passed on their genes with expected, as well as surprising, results. About half their daughters were tuskless. More perplexing, two-thirds of their offspring were female.

The years of unrest “changed the trajectory of evolution in that population,” said evolutionary biologist Shane Campbell-Staton, based at Princeton University.

With colleagues, he set out to understand how the pressure of the ivory trade had tipped the scale of natural selection. Their findings were published Thursday in the journal Science.

Researchers in Mozambique, including biologists Dominique Goncalves and Joyce Poole, observed the national park ’s roughly 800 elephants over several years to create a catalogue of mothers and offspring.

“Female calves stay by their mothers, and so do males up to a certain age,” said Poole, who is scientific director and co-founder of the nonprofit ElephantVoices.

Poole had previously seen other cases of elephant populations with a disproportionately large number of tuskless females after intense poaching, including in Uganda, Tanzania and Kenya. “I’ve been puzzling over why it’s the females who are tuskless for a very long time,” said Poole, who is a co-author of the study.

In Gorongosa, the team collected blood samples from seven tusked and 11 tuskless female elephants, then analyzed their DNA for differences.

The elephant survey data gave them an idea where to look: Because the tuskless elephants were female, they focused on the X chromosome. (Females have two X chromosomes; males have one X and one Y chromosome.)

They also suspected that the relevant gene was dominant – meaning that a female needs only one altered gene to become tuskless — and that when passed to male embryos, it may short-circuit their development.

“When mothers pass it on, we think the sons likely die early in development, a miscarriage,” said Brian Arnold, a co-author and evolutionary biologist at Princeton.

Their genetic analysis revealed two key parts of the elephants’ DNA that they think play a role in passing on the trait of tusklessness. The same genes are associated with the development of teeth in other mammals.

“They’ve produced the smoking-gun evidence for genetic changes,” said Chris Darimont, a conservation scientist at the University of Victoria in Canada, who was not involved in the research. The work “helps scientists and the public understand how our society can have a major influence on the evolution of other life forms.”

Most people think of evolution as something that proceeds…

Why no tusks? Poaching tips scales of elephant evolution