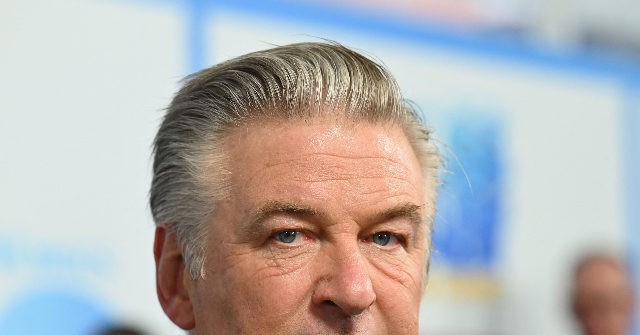 Hollywood is filled with anti-gun celebrities hellbent on obliterating or at least radically altering the Second Amendment. Among the most vocal stars has been Alec Baldwin, who has repeatedly attacked the Constitutionally protected right of Americans to bear arms.

The tragic irony of one of Hollywood’s most avid anti-gun activists causing the shooting death of a colleague may sound too far-fetched for a screenplay, but that is exactly what Alec Baldwin is facing after he discharged a gun on a movie set Thursday, killing the cinematographer and and injuring the director.

Law enforcement in Santa Fe, New Mexico, is currently investigating the apparent accident, which occurred on the set of the western movie Rust, on which Baldwin was also a producer. It remains unclear if Baldwin will be charged with any crimes.

The horrific incident shines a strange light on Baldwin’s brand of anti-gun activism, which has targeted the National Rifle Association. The actor joined with Amy Schumer, Jimmy Kimmel, and more than 130 stars in 2018 to form the “No Rifle Association Initiative,”  which aimed to take down the NRA.

Baldwin has also attacked the Second Amendment, arguing that it “needs to be rethought.”

“The Second Amendment is not a moral credit card that buys you all the guns you want. The law needs to be rethought,” he tweeted in 2018, in response to a NRATV ad calling out “every Hollywood phony” and members of the “lying media.”

I see that @DLoesch wants to “take back the truth.”
And she doesn’t care how many dead bodies she has to step over in that pursuit.
The Second Amendment is not a moral credit card that buys you all the guns you want.
That law needs to be rethought.

Baldwin even appeared in an ad for the 2016 anti-gun documentary Making a Killing, in which the actor encouraged people to throw screening parties for their friends.

Karma is a bitch. pic.twitter.com/exsG9ZFl4Q

On Friday, Baldwin expressed his shock and sadness over the death of Halyna Hutchins, the cinematographer on the movie production.

“There are no words to convey my shock and sadness regarding the tragic accident that took the life of Halyna Hutchins, a wife, mother and deeply admired colleague of ours. I’m fully cooperating with the police investigation,” he wrote on Twitter. “My heart is broken for her husband, their son, and all who knew and loved Halyna.”

It remains unclear how extensively Baldwin was trained in firearms safety. The actor has appeared in several movies over the last three decades in which his characters carried or used guns. The NRA offers gun safety courses around the country.

Alec Baldwin, One of Hollywood’s Most Anti-Gun Demagogues

X
25-year-old Russian psychologist & sex coach thrown off 13th-floor balcony …Crime SceneRTPolice officers in Saint Petersburg have opened an investigation after a man turned himself in on Tuesday, confessing that he'd killed his wife by s…