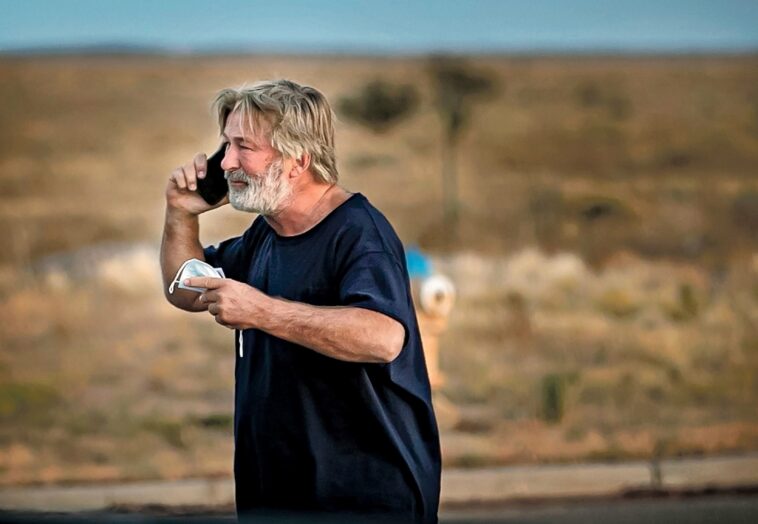 A stunt double on the set of Rust reportedly fired two rounds of ammunition in an accident that was among a number of issues raised by crew members before actor Alec Baldwin fatally shot a cinematographer.

Crew members on the New Mexico film set were in fact so concerned about safety conditions that some had walked off just hours before the Thursday incident, according to a new in-depth report.

The Los Angeles Times, using its extensive network of Hollywood sources, spoke with several on-set witnesses to the production, a Western called Rust filming on the Bonanza Creek Ranch near Santa Fe. Mr Baldwin was starring in and producing the film, while the woman he accidentally killed – Halyna Hutchins – was a 42-year-old director of photography.

Three sources told the Times that “camera operators and their assistants were frustrated by their conditions surrounding the low-budget film, including complaints about long hours, long communities and collecting their paychecks … safety protocols standard in the industry, including gun inspections, were not strictly followed on the Rust set”.

Sources also told the paper that complaints had been made about gun safety before the incident, with crew members saying they were “particularly concerned about two accidental prop gun discharges” days before the fatal incident.

According to the their accounts, Mr Baldwin’s stunt double had been the one to fire the rounds on Saturday after being told the weapon hadn’t been loaded with live ammunition.

“There should have been an investigation into what happened,” a crew member told the Times. “There were no safety meetings. There was no assurance that it wouldn’t happen again. All they wanted to do was rush, rush, rush.”

The paper also viewed a copy of a message sent by one production member to a unit manager. It read: “We’ve now had three accidental discharges. This is super unsafe…