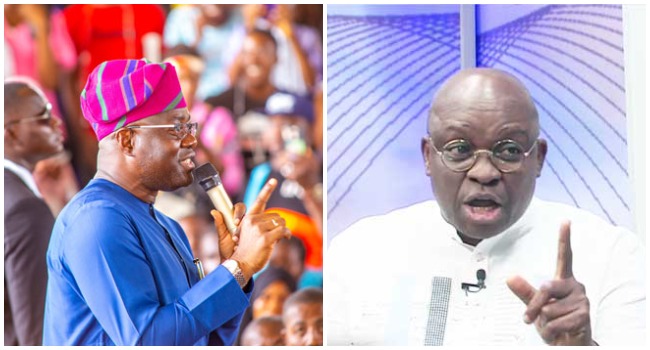 Oyo State Governor, Seyi Makinde has apparently announced an end to the political difference between him and the former Governor of Ekiti State, Ayo Fayose.

Makinde and Fayose had a few months ago locked-horns over the leadership of the Peoples Democratic Party in the South-West region.

Although the former Governor of Ekiti State, Ayo Fayose conceded defeat after his preferred candidate, Eddy Olafeso lost to Taofeek Arapaja who was backed by Governor Makinde in the April 2021 south-west zonal PDP Congress, there were indications that the party in the zone may not be united.

But one week to the Special National Convention of the PDP, Governor Makinde, who was a guest at the traditional wedding ceremony of Oluwanigba Fayose, son of the former Governor of Ekiti State, Ayo Fayose in Lagos on Saturday, said whatever misunderstanding they have had, has been put behind them.

Don’t Die For Politicians, Makinde Says As He Attends Wedding Of Fayose’s Son