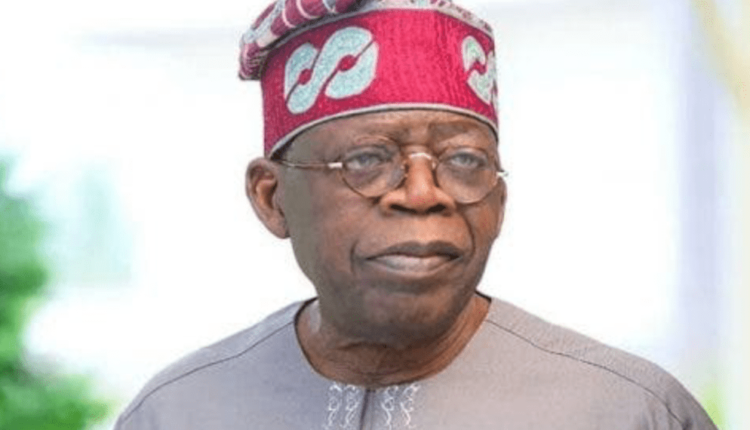 There is pressure on Asiwaju Bola Tinubu, former Lagos State governor and national leader of the ruling All Progressives Congress (APC) to drop out of the 2023 presidential race, Daily Independent has gathered.

However, credible sources in Tinubu’s camp told Daily Independent that even if Tinubu accepts the proposal not to run, he will not back the bid of Vice President Yemi Osinbajo, who a lot of people in APC are tipping as a worthy successor to President Muhammadu Buhari.

With the rising clamour for the APC to field a Southern presidential candidate in 2023, there have been reports that Tinubu and Osinbajo may clash as various groups are drumming support for them to contest.

While Tinubu, who returned from London few days ago after a knee surgery, has not formally declared his interest to run in 2023, one of his key associates had told Daily Independent that he will make his position known after the APC national convention when a substantive leadership of the party would have been elected.

However, several political groups, especially the South-West Agenda for Asiwaju 2023 (SWAGA ’23), have been canvassing support for him across the country.

On the part of Osinbajo, he said since INEC has not given a go-ahead yet for politicking towards 2023, he will not commence any act in this regard until INEC blows the whistle as a law-abiding citizen.

The leadership of APC which is considering fielding a consensus candidate in order to reduce tension and acrimony in the party on Sunday met with Tinubu in Lagos.

Though details of the meeting are yet to be revealed, a source close to Tinubu said the high-powered delegation led by the chairman of the APC caretaker committee, Governor Mai Mala Buni of Yobe State, came to greet Asiwaju on his successful surgery and to intimate him on plans for the forthcoming national convention.

However, speaking with our correspondent, a close associate of Tinubu said while it is unclear whether he will listen to his supporters demand to run or not, Tinubu will not be supporting Osinbajo if he declares interest in vying for the coveted position.

The source, who said Tinubu will make his position known after the national convention, added that despite denial, Osinbajo’s relationship with Tinubu became strained during the build-up to the 2015 presidential election when APC was seeking a running mate for President Muhammadu Buhari.

Giving a vivid detail of what transpired then, the source said, “Osinbajo is not in the list of those Tinubu will support. They have always had beef but a lot of people do not know because they mask it up with smile while in public. Osinbajo’s becoming President Buhari’s running mate in 2015 was just circumstantial.

“Tinubu never wanted Osinbajo as running mate to Buhari but he had no choice as the deadline for submission of the name was staring them in the face. Asiwaju was distraught because Buhari had told him they cannot run together because of the controversy trailing Muslim-Muslim ticket. He is one of those who believe that Nigerians will vote for any candidate that APC fielded irrespective of whether they are of the same religion or not, like it happened in the case of MKO Abiola and Babagana Kingibe.

“Then, President Buhari put some APC governors to suggest three names from the South-West as his running mate after it was clear that he can no longer run with Tinubu. On the list, Olagunsoye Oyinlola was the first; Olorunimbe Mamora was the second and Osinbajo was the third.

“It took Ogbeni Rauf Aregbesola and Papa Bisi Akande to prevail on him at a meeting in his house in Abuja before he accepted Osinbajo. Aregbesola gave him assurance that Osinbajo should be considered being a member of their political family instead of a nominating an outsider. The first person Asiwaju suggested as running mate then was Olagunsoye Oyinlola.

“When the deadline for submission was fast approaching and there was no communication between Buhari and Tinubu, it was former Ogun State governor, Senator Ibikunle Amosun, that went to Asiwaju and told him that the issue of the running mate had to be sorted out immediately as tomorrow was the deadline for submission. They eventually convinced him to pick Osinbajo from the three names. Amosun and Aregbesola are alive, you can confirm the information I gave you from them.

“So, since Osinbajo became the vice president, there has not been a smooth relationship between him and Asiwaju, they are just pretending that all is fine. That crack became evident recently during Asiwaju’s medical vacation in the UK. But the truth will soon be revealed as each one will know where he belongs on the issue of the 2023 presidency. However, there is nothing Buhari can’t get from Asiwaju. Maybe if he wants Osinbajo and he puts in a word for him, Tinubu will change his mind”.

In a related development, Prof. Itse Sagay (SAN), Chairman of the Presidential Advisory Committee Against Corruption (PACAC), on Sunday said the ruling APC does not need youths like Governor Yahaya Bello of Kogi State as its presidential candidate in 2023.

Speaking with Daily Independent, Sagay who said the party must field a Southerner as candidate, advised Bello to aspire to be vice president or wait till 2031 when it will be the turn of the North after the South must have used its two terms of eight years.

Sagay, who is also a chieftain of the APC, said the claim by the governor that Nigeria needs a youth as president does not apply to him as there are abundance of young people in Southern part of the country.

“He can wait for eight years for the South to exhaust its turn before he can come out to contest or he should aspire to be vice president and then look for a strong Southern presidential candidate to run with.

“He should forget the issue of becoming president in 2023. There is no way he can ever be the APC presidential candidate for 2023. It will never happen.

“There is only one thing that I demand from the APC as a matter of right based on our relationship in Nigeria. That is the fact that the president must come from the South. No Northern APC member should contest. They should leave the ticket to Southerners alone”.

2023 Presidency:Why Tinubu won’t back Osinbajo if he drops out of race