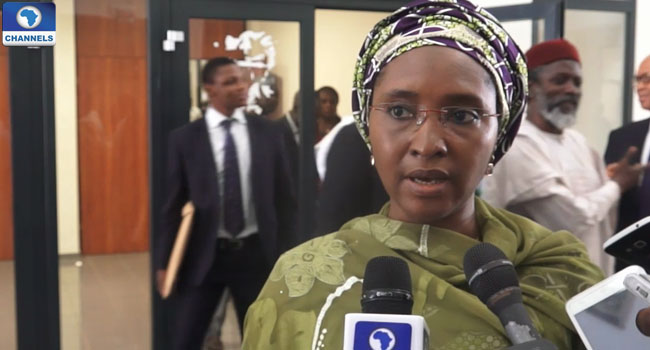 BudgIT, a civic group committed to government financial transparency, in its report, ‘State of States 2019’, said only three Nigerian state governments (Lagos, Rivers and Akwa Ibom) can finance their recurrent expenditure without allocation from the federal government.

There had been pressure from the Nigeria Governors Forum (NGF) and the general public to stop the suspicious payments to the consultants.

However, in a dramatic twist, less than a month after a directive by President Muhammadu Buhari,, the Ministry of Finance, Budget and National Planning has commenced deductions to pay the claimants.

The permanent secretary, Federal Ministry of Finance, told the Federation Account Allocation Committee (FAAC) meeting on Friday that it has commenced the deductions to pay the consultants.

This information has irked the states which then refused to consider the revenue for the month of October 2021 until the FG comes clean with the deductions.

In 2006, the federal government paid $12 billion to get an $18 billion debt write-off by the Paris Club of international creditors.

However, because the payment was made directly from the revenue accruing to the entire federation, states and LGAs that did not owe the Paris Club asked the federal government for a refund.

Some consultants had surfaced along the line to claim a percentage of the refunds as payment for their purported services to the states and LGAs.

Some contractors also claimed they were asked to execute projects across the country by the Association of Local Governments of Nigeria (ALGON).

Questions were, however, asked on why states would need consultants to negotiate with the federal government over the refund, while the projects said to have been awarded by ALGON turned out to be mostly non-existent.

The governors had asked for a forensic audit.

While the contractors and consultants went to court, the Attorney General, Abubakar Malami, negotiated an out-of-court settlement with them and agreed to pay $418 million as judgment debt.

Meanwhile, despite opposition by the governors and activists, President Buhari went ahead to approve the payments.

The Nigeria Governors’ Forum (NGF) had asked banks and their compliance officers to disregard the payment of the controversial $418,953,670.59 to consultants.

In a fresh letter dated September 3, signed by P. H. Ogbole, another Senior Advocate of Nigeria (SAN), the governors reiterated that the promissory notes should be disregarded.

The letter was addressed to the governor of the Central Bank of Nigeria (CBN), the Attorney-General of the Federation (AGF), the finance minister, the director-general of the Debt Management Office and MDs/CEOs/compliance officers of all commercial banks in the country.

“The issuance of promissory notes of a humongous sum of over $418 million to private persons for alleged consultancy work demands not only caution but strict due diligence; particularly when the judgements which gave rise to the payments sought to be enforced are the subject of pending litigation.

“Matters that are sub judice must not be acted upon in a manner that will foist a situation of complete helplessness on the courts and render their decisions nugatory.

“This caveat is therefore issued as a further notice to the honourable minister of finance and the director-general, Debt Management Office to act in the interest of the public and refrain from foisting on the nation another case of P&ID in which but for due diligence, the nation would have been fleeced of billions of dollars.

Forum for Commissioners of Finance protest

A terse statement signed by Mr. David Olofu, chairman, Forum for Commissioners of Finance of Nigeria said the debit happened without notification of all concerned.

The statement indicated that “members declined approval after consideration of the reports for the disbursement of the available revenue because of deduction on funds belonging to the Local Government Councils in favour of some consultants for a $418 million judgment debt for consultancy services with respect to Paris Club Loans refund.”

It said: “Based on available information, the deduction will continue for 10 years (120 months). This is contrary to the provisions of Section 162 of the Constitution of the Federal Republic of Nigeria 1999 as amended.”

Mr. Olofu also noted that “the Nigeria Governors’ Forum (NGF) had objected to the execution of this judgment until full determination of ongoing litigation on the subject matter.”

He disclosed that the “Commissioners for Finance representing states and local government councils do not have prior knowledge of the deduction and coming at a time when states and LGCs are in dire straits will further worsen the fiscal position of these tiers of government.”

He added that “consequent upon these, the meeting was adjourned to allow for further consultations and resolution of all the issues that had been previously raised by the Nigeria Governors’ Forum (NGF) regarding the assignment that gave rise to the claim and the judgment.”

Commenting, Barr Eze Onyekpere, the Lead Director, Centre for Social Justice (CSJ), said the federal government is acting in contempt of the court and disrespecting the rule of law.

The federal government is disrespectful of the rule of law. That’s not the way to go. If the FG has gone ahead to overreach the court, that means the FG isn’t waiting for the court to reach a decision,” he said.

He said, “That means as far as the federal government is concerned, the court case is immaterial. They don’t care about the judiciary. It’s improper,” he said.

“This is a dictatorship and it’s being executed by those in the corridors of power. This is totally unacceptable” he stated.

Barr Onyekpere also said the stalemate will impact the states’ capacity to pay their bills.

“It will impact the states. They are living on a shoestring budget. They don’t have the revenue to do their work. So the states should insist either amicably or through the judiciary. They shouldn’t accept whatever is shoved down their throats simply because the federal government is holding the money,” he said.

X
Big companies shun public offers, raise N2.7trn from commercial papers…More RifsVanguard By Peter Egwuatu There are indications that Nigeria’s leading corporate institutions have abandoned public offer of their shares in the capit…