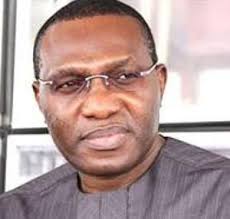 The gubernatorial candidate of the All Progressives Congress, (APC) in the forthcoming Anambra State election, Senator Andy Uba has decried the deplorable state of infrastructure across Awka Municipality, saying the state capital has lost its Glory.

For the second day running Uba blamed previous administrations in the state for the dilapidated nature of Anambra roads.

Speaking while on a campaign tour of Awka North and Awka South Local Government Areas on Monday, Uba lamented that none of the previous administrations paid meaningful attention to the development of the capital city and the satellite towns around it and he promised to ensure a faithful return to the Awka master plan.

X
Four killed, three injured as locals, herders clash in Zango Kataf LGA…In the NewsTVC News At least four persons have been reportedly killed and three others injured in brutal clash between some locals and herders in Zango Kataf Loc…