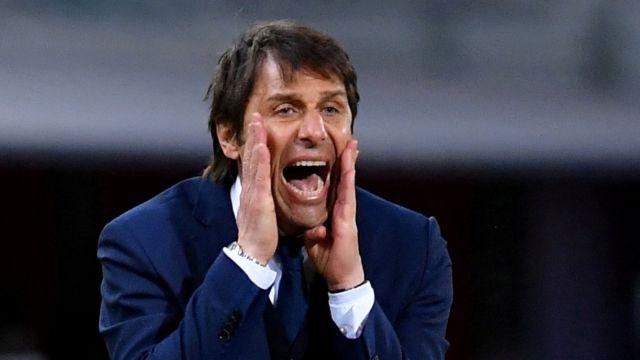 There is only one course of action open to Manchester United. Appoint the best coach available. Antonio Conte would appear to be that man. Conte has won the Premier League with Chelsea competing against Pep Guardiola and Jurgen Klopp. Since United are not going to prise those alphas from Manchester City or Liverpool then Conte it must be.

There is no room for sentiment here. There was none shown by Mo Salah as he impaled United on his magic boots. There will be none shown by Spurs, yes Spurs, the team United visit next and who, despite wrestling with their own failings, sit one point above them in the Premier League table, not to mention City and Chelsea, November’s hellish bookends.

Forget DNA and other myths that cling to United. The club’s best interests are not served by rewarding Ole Gunnar Solskjaer with one more second out of some misconceived sense of tradition. It beggars belief that Gary Neville should talk Conte down as not the right fit – what does that even mean? – while arguing in favour of Solskjaer until the season’s end. That stuff is for mystics and fortune tellers.

Neville is too entrenched in United think, a way of seeing that is rapidly losing relevance in a world spinning on the Pep-Klopp axis. There used to be a Liverpool way of doing things, symbolised by the old Boot Room. Where is it now? Bulldozed to accommodate the future.

There used to be a City way too, a tragi-comedy unfolding haplessly in the shadow of the global power that United once were. The arrival of the petro-dollar changed that dynamic for ever and United have yet to adapt.

It is no argument to claim United tried the big dog option. Louis van Gaal and Jose Mourinho had been innovators, ahead of the curve as the jargon goes. The heat had gone from both by the time they arrived at Old Trafford. Van Gaal talked of United as a three-year project. Speak to Thomas Tuchel about that. Tuchel transformed Chelsea from shapeless rabble shredded by Manchester City in the first week of January to Champions League winners against the same foe in the space of five months. No coach sacked twice by Chelsea, as Mourinho was, can claim to be anything other than beyond use at this level.

Van Gaal and Mourinho were men out of their time. Solskjaer is out of his depth. He was a romantic punt, a former player held in great affection who had coached successfully in Norway either side of a disastrous spell at Cardiff. There was no hinterland beyond that. It wasn’t required since he was appointed only in the caretaker role. The tracksuit carried no weight in that scenario and off he went at a gallop, the bounce back as much to do with Mourinho’s absence as Solskjaer’s presence. Persuaded by a run of 14 wins in 19 matches the United hierarchy upgraded his station to permanent manager on a three-year deal…

X
Man United players open to new manager as pressure on Ole Gunnar Solskjaer grows…Premier LeagueIndependentManchester United’s players feel they are getting unfair criticism for a lack of tactical structure in the team, with a core now open to th…