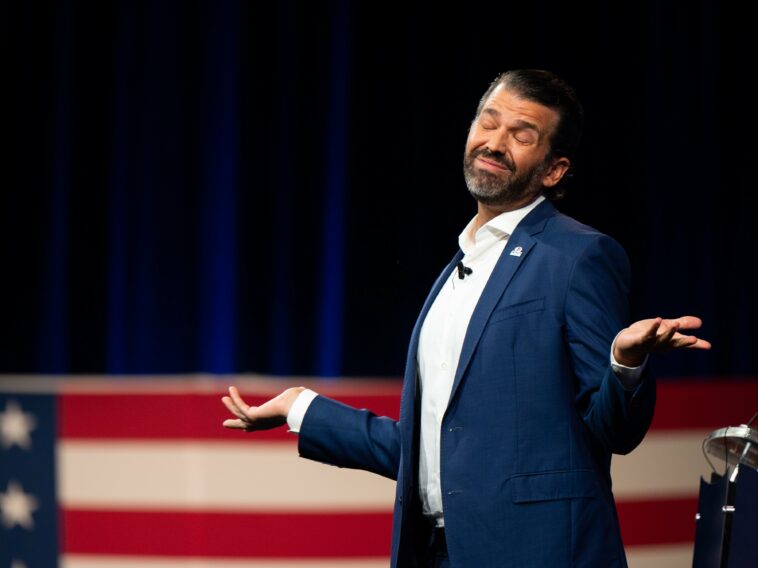 The former president’s son began advertising the shirts with the words “Guns don’t kill people, Alec Baldwin kills people” on Instagram after the actor accidentally shot Ms Hutchins with a gun on the set of his upcoming movie Rust in New Mexico.

Mr Trump responded to critics of the shirts in an Instagram post on Monday, which featured a meme of his father pretending to hold a firearm.

“For those who are out there doing the fake sanctimony about leaving Alec Baldwin alone let’s all remember that Alec Baldwin would be the first person pissing on everyone’s grave if the shoes were on the other foot. Screw him!” the caption read.