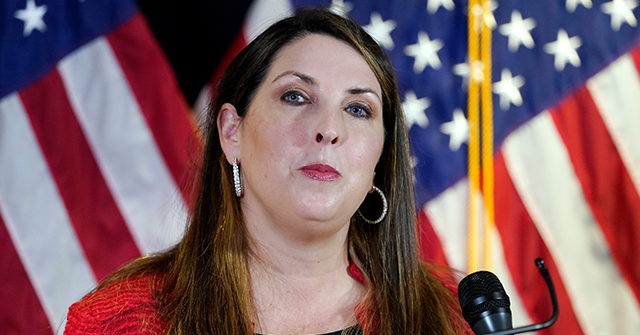 “Recent reports shed light on what Republicans have been saying for years – Big Tech companies have been actively suppressing conservative voices,” said McDaniel in a comment to Breitbart News.

“We’ve known for far too long that Big Tech, including Facebook, are extensions of the left’s woke mob and are growing too powerful, and this is just the latest and most blatant example of Big Tech’s clear bias against conservatives. Freedom of speech should not be a partisan issue – because all Americans should be able to make their voices heard.”

McDaniel promised that the Republican party would “continue leading the fight to protect your rights against Silicon Valley elites and the Democrats who enable their attacks on free speech.”

The RNC chairwoman made her comment following the bombshell news that Facebook introduced tools after the 2016 election that slashed traffic to conservative publishers – in Breitbart’s case, by an estimated 20 percent.

Back to Top
Close
X
Analysis: Facebook needs to make big changes to keep critics at bay…In the NewsCNNThe release of "The Facebook Papers" is a huge black eye for the social media company, one that could lead to even more calls from regulators and p…

X
Journalists Storm Police HQ, Protest Over Missing Colleague Tordue Salem…In the NewsHeadlines – Channels Television ﻿ Journalists on Monday stormed the police headquarters in Abuja to protest over the continued disappearance of their …