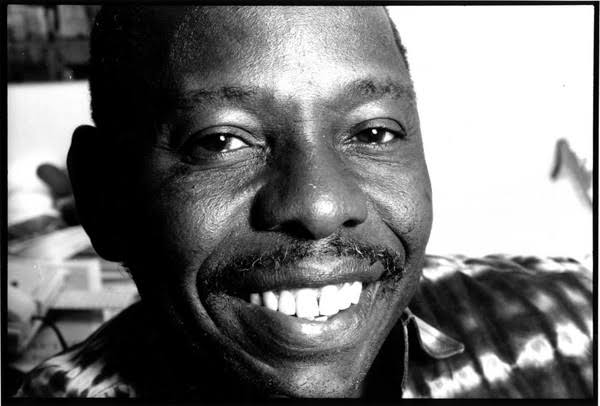 Not much has ever been revealed regarding how a retired Nigerian Major General, Obi Umahi who is the brother of current Ebonyi State Governor, David Umahi, superintended over the last-minute torture and execution of foremost enviromental activists– Ken Saro-Wiwa and 8 others.

Apart from Umahi and the man at the centre of it all, the late brutal dictator Gen Sani Abacha, there are others.

At least two of those who played ignoble roles in the killing of the activists are currently in the government of President Muhammadu Buhari, who last week hinted about granting state pardons to the late activists.

Others who connived with the Abacha regime to murder the activists include Ibrahim Agboola Gambari, Chief of Staff to President Buhari; Hameed Ibrahim Ali, Comptroller General of the Nigerian Customs Service; President of Nigerian Bar Association, Joseph Daudu and Justice Ibrahim Auta, retired Chief Judge of Nigeria.
A retired Nigerian Major General, Obi Umahi, who is the brother of Ebonyi State Governor, David Umahi oversaw the torture and execution of the Ogoni activists, including Saro-Wiwa.

Saro-Wiwa and eight other Ogoni activists were tried by a secret military tribunal and executed by hanging on November 10, 1995, a tragic end to their non-violent campaign against the Royal Dutch Shell Company and the Nigerian government over the economic injustices and the pollution of Ogoni land that arose from oil exploitation.

Saro-Wiwa was accused, alongside the eight other Ogoni leaders, of being responsible for the murder of five Ogoni chiefs at a pro-government meeting.

SaharaReporters learnt that Umahi was the Head of the Internal Security Force in Ogoni land under the junta of the late General Sani Abacha – a time when he was a Major.

An eyewitness, Ibrahim Abdullahi, who was a prisoner when the activists were killed in 1995 said the soldiers who carried out the execution were led by the retired Major General.

Abdullahi said the Umahi-led soldiers took their corpses to a bush and poured acid on them before dumping them in a shallow grave.

“I was in the cell one day in 1995 when they brought the late Gen. Shehu Musa Yar’Adua (retd.), Senator Shehu Sani and Sanusi Mato. Sani and Mato were transferred to Aba and Owerri prisons respectively on the following day but they left Yar’Adua in Port Harcourt,” Abdullahi had said in an interview with journalists at the African Centre for Peace and Development, Abuja in 2019 after the governor of Cross River State, Ben Ayade granted him a state pardon.

“One day in 1995, soldiers brought Saro-Wiwa and three others from the military barracks and chased away everybody who was not a prisoner. Saro-Wiwa, who was chained on the legs and hands, was marched to the condemned cell which was directly opposite the gallows where he and others would be hanged. They met the five others who were already in the cell.

“One Major Obi, who led the operation, made sure that no warder witnessed the execution. They serviced the gallows which could execute two people at a time. The Attorney-General of Rivers State then came with a file that contained the charges preferred against the Ogoni leaders…

Back to Top
Close
X
E-naira may add $29bn to Nigeria’s GDP ― Buhari…RifsBusiness HallmarkNigeria’s president, Muhammadu Buhari has expressed optimism that the adoption of the Central Bank Digital Currency (CBDC) and its un…