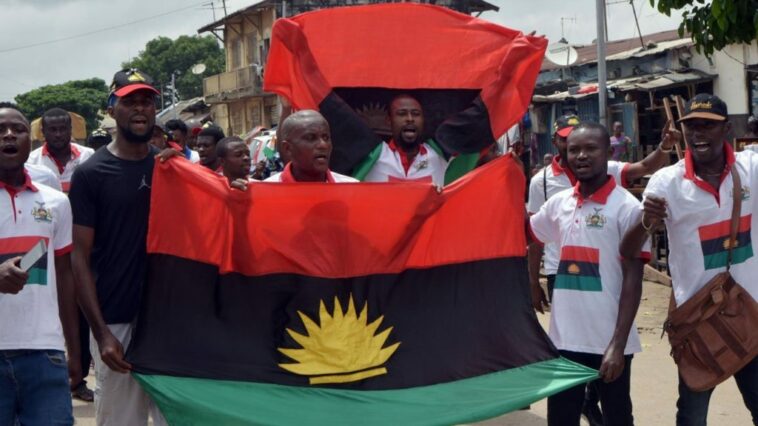 Lawyers of Igbo extraction have filed an application at the Federal High Court, Abuja seeking to join as defendants in a suit instituted by a group of northern elders praying for the exit of the southeast region out of Nigeria.

The northern group had approached the court praying to order the exit of the South-East region based on the agitations of the Indigenous People of Biafra (IPOB) led by Mazi Nnamdi Kanu.

Specifically, the northern elders had in June this year instituted the, wherein they want the court to compel the Senate President and Speaker of the House of Representatives to expedite for the exit of the South-eastern region out of Nigeria before concluding the ongoing amendment to the country’s Constitution.

The suit marked FHC/ABJ/CS/538/2021, was filed on behalf of the northern group by Nastura Ashir Shariff, Balarabe Rufa’I, Abdul-Aziz Sulaiman and Aminu Adam.

By the joinder application, the Igbo legal practitioners led by Chief Chuks Muoma SAN, Ukpai Ukairo, Ebere Uzoatu and Hon Obi Emuka are asking for an order of the court to join in the suit as representatives of the people of the southeastern region.

The joinder application was brought pursuant to order 9 rule 5 and order 26 rule 2 of the Federal High Court Civil Procedure Rules 2019.

In the application filed by Victor Onweremadu and obtained by our correspondent on Monday, the applicants claimed that the case of the northern elders seeking the exit of the south-east from Nigeria has the capability to shape the life of the generation of Igbo people.

The Igbo lawyers claimed that they have an interest to protect in the suit, hence, their request was to be made a set of defendants in the case.

In their 12-paragraph affidavit in support of the application, the lawyers stated that the Northern Elders in their suit did not think it necessary to join the people of the south-east or their representatives to enable the court to hear from them…

Back to Top
Close
X
FG’s N104bn budget for generators enough for 250mw power plant…More RifsBusiness DayNigeria plans to spend N104 billion ($252 million) on the purchasing and maintaining of power generating sets for its ministries, departme…

X
Hertz is ordering 100,000 Teslas in the largest electric-vehicle purchase ever…More RifsHertz has placed an order for 100,000 for Teslas, Bloomberg News first reported Monday. Hertz later confirmed the news in a press release. It is the l…