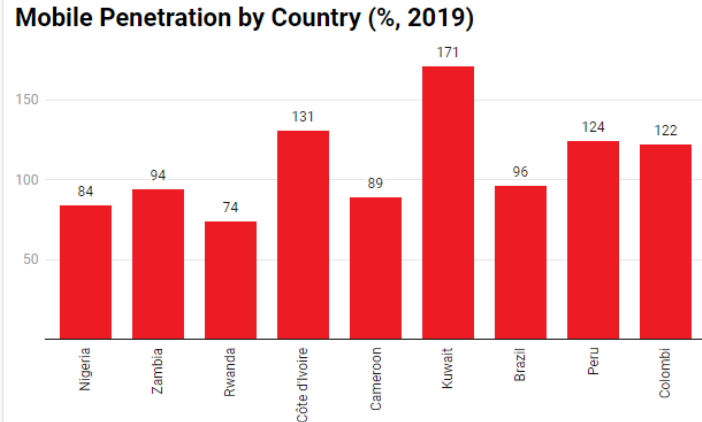 Issam Darwish, the founder/CEO of IHS Towers, was all smiles following the successful listing of his company on the New York Stock Exchange on Thursday, October 14, but it was not always that way.

He could hardly have summoned the same smile in 1999 when his first bet on Nigeria’s telecoms sector fell through.

Celia Motophone Limited, a communications company he was brought from Lebanon to lead as deputy managing director at the time, was among the companies granted licences to provide GSM network services in Nigeria by General Abdulsalam Abubakar, the then Military Head of State who was pushing to deregulate the Nigerian telecoms sector.

Out of the six companies that got the licences, only Motophone and Communications Investment Limited (CIL) were firmly on the ground. Both were however unable to secure the needed interconnection with NITEL, the only national gateway carrier. Motophone also had an image problem: it was connected to the Gilbert Chagouri family that was very close to the late military dictator, General Sani Abacha.

It was not a surprise then when President Olusegun Obasanjo, who led the democratic dispensation in Nigeria from 1999, described the licensing exercise as fraudulent, revoked the licences, and introduced the telecommunication policy that empowered the Nigerian Communications Commission (NCC) to reorganise, auction, and issue fresh licences to successful companies.

Darwish, 27 years old at the time, and his company Motophone were again shortlisted among the seven contenders for the new licensing regime. The other contenders were United Telesys, Reliance Telecoms, CIL, MTS, NITEL, and MTN. Motophone was eventually disqualified after a series of court orders and allegations by NCC that the company may have manipulated its way to the first licence. The NCC removed the rights of Motophone before the auction. Eventually, five companies were shortlisted for the four GSM licences.

Down on his luck but undaunted, the young Lebanese entrepreneur decided to place his bet in a different segment of the nascent telecoms industry – building and operating towers.

That new bet proved to be genius. By listing on the New York Stock Exchange in chase of a valuation of $7 billion, IHS Towers has not only become the largest tower company in Africa it is also now more valuable than MTN Nigeria and Airtel Africa both of which got the GSM licences.

The making of IHS Towers

Prior to the emergence of IHS Towers, telecoms services in Nigeria under NITEL had suffered due to scarcity of base stations. The national carrier not only monopolised the market, but it also installed and operated the base stations. As of 1995, there were only 3,000 lines and three base stations in Lagos State. Between 1995 and 1999, the total number of connected fixed lines grew rapidly to about 550,000 while cellular lines were 40,000.

Despite international initiatives and worthy objectives, Nigeria, with a population of over 120 million at the time, had in the year 2000 one of the lowest teledensity rates in the world at 0.38 percent.

It was also a period when the county’s peers in Africa were beginning to take deregulation seriously and getting results for initiating the process.

Hence, in the late 1990s some African countries, such as Ghana, Uganda, and Zimbabwe, started issuing new cellular telephony licences. This led to dramatic increases in teledensities.

Back to Top
Close
X
How fake credit alerts from fraudulent customers plunge PoS operators, others into bad debts as …RifsPunch Tope Omogbolagun 24 October 2021 TOPE OMOGBOLAGUN writes about how criminally-minded customers use fake credit alerts to pay for goods, thereby …

IHS Towers: How a bad bet on GSM became a $7bn company