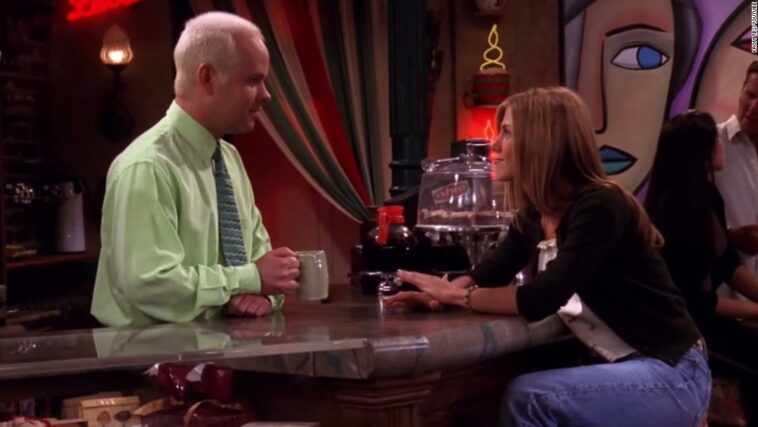 Jennifer Aniston has led the tributes to her “Friends” co-star James Michael Tyler following his death, saying the show “would not have been the same” without him.

Tyler, who was best known for playing Gunther — the Central Perk manager and Rachel Green’s admirer — on the hit ’90s sitcom for 10 seasons, died peacefully at his home in Los Angeles on Sunday, his representative Toni Benson said.

He passed away following a battle with prostate cancer, which was first diagnosed in 2018, Benson said. He was 59.

After news broke of his death, Aniston — who was starred as Rachel — paid tribute to him with an Instagram post which acknowledged his contribution to the show’s success.

“‘Friends’ would not have been the same without you,” she wrote. “Thank you for the laughter you brought to the show and to all of our lives. You will be so missed #JamesMichaelTyler.”

Her post included a clip from the 2004 series finale when Gunther finally plucked up the courage to tell Rachel that he loved her as she prepared to leave New York for a new life in Paris.

Rachel let him down gently by saying she would always think of him whenever she saw a man with “hair brighter than the sun” — making reference to Gunther’s iconic bleached blonde look.

Courteney Cox, who played Monica Geller on the show, remembered Tyler as a magnanimous person.

X
Alec Baldwin shooting: Halyna Hutchins 'grabbed midsection and said she coul…EntertainmentGB NewsCinematographer Halyna Hutchins told crew members she couldn't feel her legs and was lowered onto the floor by colleagues after being fatally s…