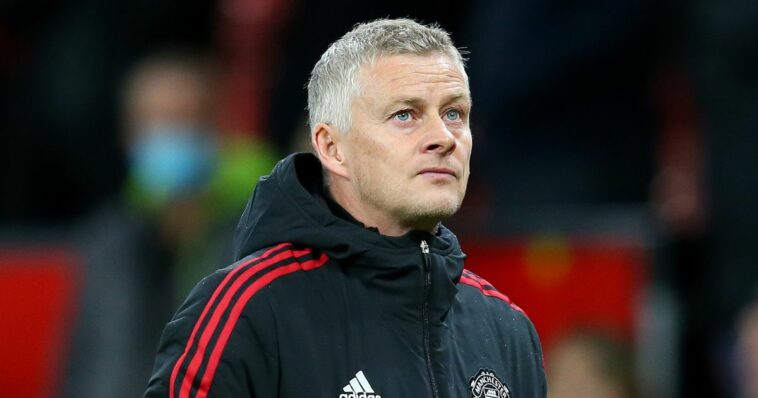 The Red Devils have suffered five defeats in their last nine games, and are without a win in their last four Premier League matches.

Having been expected to challenge for the title after a big-spending summer which saw Solskjaer backed in the transfer market with the arrivals of Jadon Sancho, Raphael Varane and Cristiano Ronaldo, the 5-0 thumping by Jurgen Klopp’s side could spell the end of the Norwegian after a start to the season mired by inconsistency.

That result left the Red Devils seventh in the Premier League, having conceded nine goals in two games, and already six points behind Manchester City in third.

Managing director Richard Arnold cancelled his appointments on Monday in order to hold urgent talks with Joel Glazer amid mounting pressure on Solskjaer, and an increased clamour for his almost-three year tenure to be brought to an end.

And as first reported by the Manchester Evening News, the club’s hierarchy are now giving serious consideration to dismissing Solskjaer before United’s visit to Tottenham on Saturday.

Despite being well-liked at the club where he is a legend after his time as a player, Solskjaer’s tactical shortcomings have been called into further question after they were ruthlessly eviscerated in the first half by Liverpool.

Amid the apologies from players for the dismal performance have emerged claims that a number of first-team stars are questioning Solskjaer’s position – just a week after claims United chiefs were committed to the head coach – who signed a new three-year deal in the summer – until at least the end of the season.

After the defeat to Klopp’s men, the 48-year-old insisted he remained the right man to take United forward.

“I do believe in myself, I do believe that I am getting close to what I want with the club.

“I think what we’ve done, what I’ve seen, the development, of course the results lately haven’t been good enough, it’s hands up and that brings doubt in anyone’s mind probably.

“But I’ve got to keep strong and I do believe in what we’ve been doing, the coaching staff, the players. Today’s rock bottom, low in confidence.

“Next week is Tottenham away, it’s a Champions League game Atalanta, the next team who visits us is Man City. We have to look forward, sort our frames of mind out and make sure we go into the next training session in the right frame of mind…