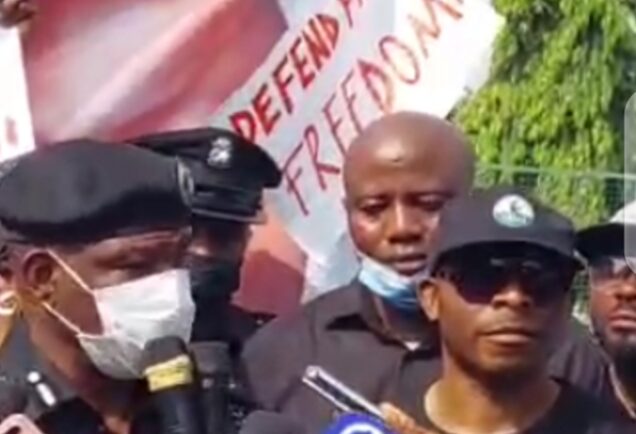 The Inspector-General of Police (IG), Mr Usman Alkali, has assured the Nigeria Union of Journalists (NUJ) that the police is making progress in its efforts to unravel disappearance of Mr Tordue Henry Salem, a reporter with the Vanguard Newspapers.

The I-G gave the assurance when members of NUJ, FCT Council, carried out a peaceful march to his office on Monday in Abuja to express displeasure with the silence of the police on the matter.

Alkali, represented by Mr Frank Mba, the Force Public Relations Officer, disclosed that Salem’s case was with them, explaining that it was officially reported to the National Assembly Police Station on Oct. 15.

He said from their investigation, Salem slept in the house of his sister some where around Life Camp on Oct. 12, woke up on Oct. 13, took a Bolt Taxi to National Assembly, where he worked for Vanguard.

“After close of work, he was last seen at the National Assembly between 4pm and 5pm on Oct. 13, and thereafter his colleagues never saw him again.

Back to Top
Close
X
COVID-19: Ondo assures residents of safetyCOVID19BlueprintThe Ondo state government has reaffirmed that the COVID-19 vaccine for workers and other residents in the state is not only safe for humans, …

Missing journalist: IG reveals what the police know so far