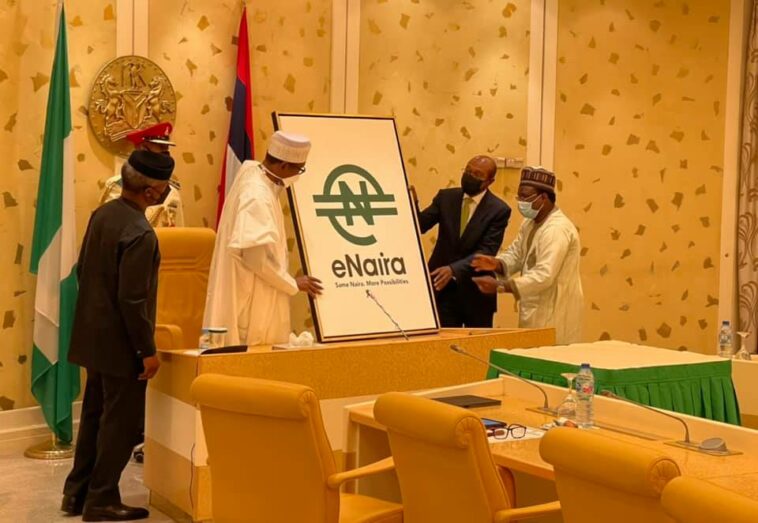 The launch took place at the State House in Abuja. An earlier plan to unveil the digital currency on October 1 was shelved.

Nigeria is one of only a few countries in the world to develop an official digital currency.

The eNaira was developed by fintech company Bitt, which is also behind the creation of CBDC in some East Caribbean countries.

At the launch Monday, the Central Bank of Nigeria governor, Godwin Emefiele, said 500 million eNaira ($1.21 million) has already been minted.

The CBDC’s digital currency app and its merchant wallet are now live and available for download.

A notice on the enaira website gives details into how the currency and the wallet will work.

“Get Ready With Your Accurate BVN Data For Your Hitch-Free Enrolment,” it says.

Back to Top
Close
X
BREAKING: Anambra election runs into ditch as thousands of electoral adhoc workers resign en masse a…Latest News  Sahara Reporters Thousands of ad hoc workers for the Anambra State governorship election have resigned due to fear of attacks by members of the…

X
Oyo Jailbreak: Interpol enlisted to recapture fleeing inmates, says Aregbesola…Latest NewsPeoples Gazette“We are sharing the database with all security agencies in the country, including the Interpol, so those who escaped our recapture effo…