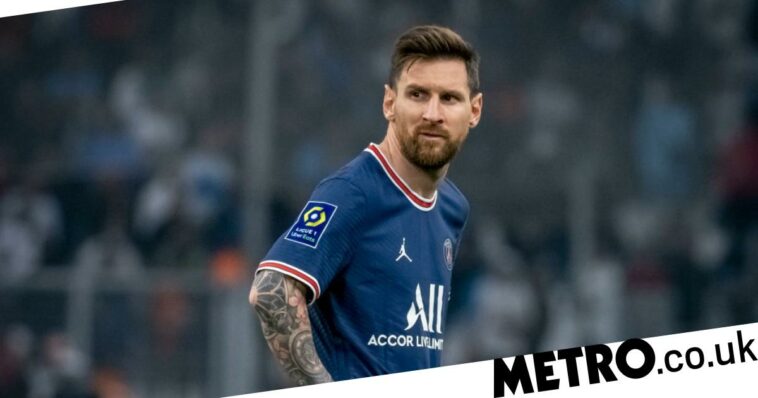 Thierry Henry wants to see Lionel Messi playing in a central role for Paris Saint-Germain, rather than out wide where he looks ‘isolated’.

The Argentine superstar is yet to find the back of the net for the Parisians in Ligue 1 following his move to Parc des Princes in the summer transfer window.

Messi has, however, scored twice in three games in the Champions League, including a brace to help PSG come from 2-0 down to beat RB Leipzig 3-2 last week.

But the 34-year-old failed to find the back of the net for a fourth straight game in the league as Mauricio Pochettino’s star-studded side were held to a goalless draw by Marseille on Sunday.

And former France and Arsenal striker Henry suggested that the six-time Ballon d’Or winner may benefit from playing through the middle.

‘He is isolated, he is on the ball less,’ Henry told Amazon Prime Video.

‘I wouldn’t say he’s sad, but he’s isolated. I prefer him through the middle. I’m having trouble with Leo out on the right.

‘In the middle, he can set the tempo. Something needs to be found in order to get Mbappé, Neymar and Messi to play together.’

‘I don’t think he can make the difference on the right, but then I don’t have the exact details from the tactical standpoint…