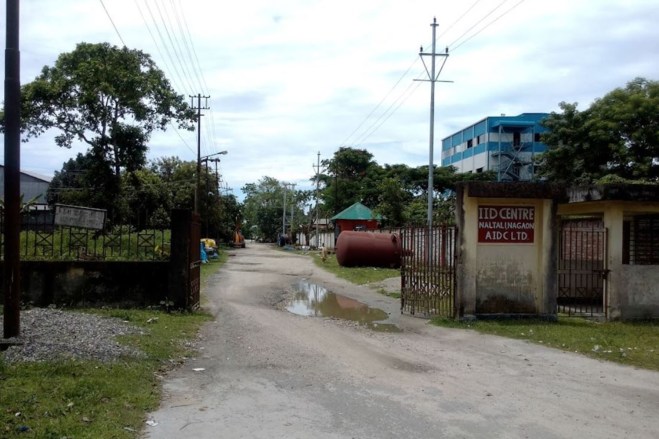 TWO ‘porn-addicted’ 11-year-old boys have been arrested after stoning a six-year-old girl to death, reports claim.

The twisted juveniles, who were taken into custody alongside another eight-year-old boy, allegedly committed the horrific act after the young girl “refused to copy sex acts they had had seen on X-rated films”.

According to The Hindi, the girl was found unconscious inside the toilet of a stone crushing plant in front of her house in Karibor, India, last Monday.

She was taken to hospital, but was sadly declared dead upon arrival.

She was believed to be the neighbour of the three accused and had reportedly been the subject of “intimate” pursuits from the group in the past.

Cops now believe she was the victim of a “gruesome crime” – alleging that her death was caused by trauma to her head following a dispute of a sexual nature.

“Two of the boys tried to replicate the pornographic acts they had been watching on their mobiles and tried to molest their neighbour’s girl,” a police superintendent told The Times of India.

“When she resisted and threatened to tell her parents, they hit her head with a stone and carried her to the toilet.”

Meanwhile, a third child then “stood guard outside the toilet,” while the alleged attack continued inside, they added.

Police also confirmed that the father of one of the three suspects was also arrested after he was accused of trying to cover his child’s actions up and conceal evidence.

“The boy was using his father’s smartphone where we found pornographic materials in the browsing history,” the police said.

The police have since confirmed that boys have now been sent to a local juvenile detention centre to continue rehabilitation.

Meanwhile, the arrested parent is expected to be remanded in judicial custody as authorities continue their investigations.

The incident comes roughly a year after the actions of one allegedly murderous child in India was revealed.

Amarjeet, from the village of Mushahar in Bihar, India, allegedly murdered his six-year-old cousin – his uncle’s daughter – in 2006.

He is also believed to have murdered his own eight-month-old sister.

According to Amarjeet’s uncle, some family members were aware of the crimes, but they were considered “family matters”.

The incidents went unreported until Amarjeet killed a third baby in 2007.

According to The Times of India, a psychologist at the time said the young boy was a “sadist who derives pleasure from inflicting injuries”.

But, under Indian law, a child cannot be sent to prison. Instead, they can be detained at a children’s home until they turn 18, according to The Guardian.

The boy was reportedly placed in a home in the town of Munger.

This story first appeared in The Sun

Back to Top
Close
X
If you can’t fix Nigeria, here are countries where immigrants can become president…More News  For prospective Nigerian immigrants with political interest, your ambitions may still stand depending on where you reside abroad.  If you canno…