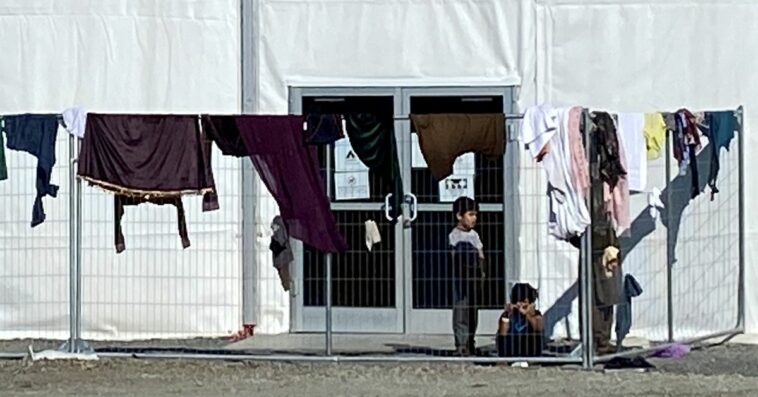 The State Department will partner with private groups to help Afghans settle in the United States after Americans pulled out troops from Afghanistan and the Taliban took over the government in Kabul.

The new program will enable adults to form “sponsor circles” to provide initial support for the refugees as they arrive and help them settle in communities across the country, the State Department said on Monday.

Since Aug. 17, approximately 76,600 people have arrived in the United States as part of an American evacuation, and about 53,000 people were at Defense Department installations across eight sites as of Monday, the Homeland Security Department said.

Many would have been at risk had they remained because of their work over the previous 20 years with U.S. and allied troops or with other U.S. and foreign agencies.

“Americans of all walks of life have expressed strong interest in helping to welcome these individuals,” Secretary of State Antony Blinken said in a statement.

The program, launched in partnership with the private group Community Sponsorship Hub, will expand the government’s capacity to resettle the Afghans and complement the work of nonprofit resettlement agency partners, Blinken said.

The group will certify sponsor circles through background checks and mandatory training and reviewing their pledges to provide financial support and initial resettlement services to Afghan newcomers for the first 90 days in a local community.

Some refugee organizations have been…

Back to Top
Close
X
US should have pushed ex-Afghan president Ghani harder: Khalilzad…NewswireYahooThe United States did not put enough pressure on former Afghan president Ashraf Ghani to share power with the Taliban, Zalmay Khalilzad, who rece…

X
Israel defies Biden…builds new homes in Judea-Samaria…NewswireEvery spot on which your foot treads I give to you, as I promised Moshe. Deuteronomy 1:3 (The Israel BibleTM) At the direction of Israeli Housing and …