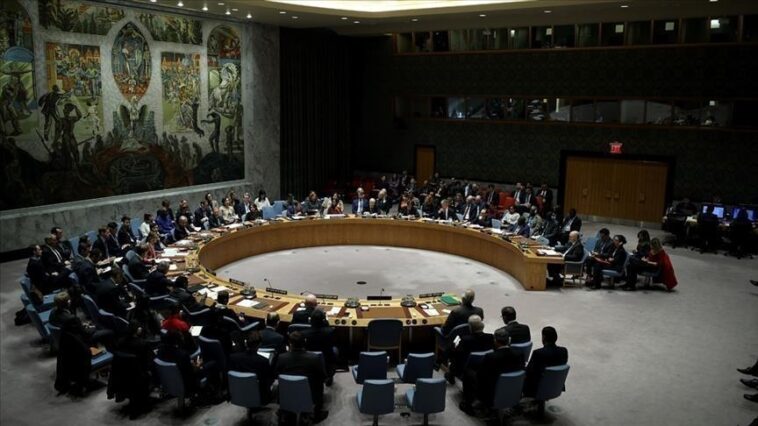 The UN Security Council will meet this week in the aftermath of a coup that has unseated Sudan’s transitional government, Secretary-General Antonio Guterres’ special envoy announced on Monday.

Volker Perthes, the envoy who also serves as the UN’s head for Sudan’s democratic transition, said he will brief the council during Tuesday’s session after the military seized power and jailed politicians and top officials, including Prime Minister Abdalla Hamdok.

He stressed the importance of the council maintaining the unanimity on Sudan seen over the course of the past two years “in contrast to divisions which we have seen in any other countries in the region.”

“If that unity is maintained I think it does indeed help, because the actors here to do take international opinion here quite seriously, in particular statements from the Security Council,” he told reporters in New York while briefing them virtually from Khartoum, Sudan’s capital.

At least three protesters were killed and 80 others injured on Monday by military gunfire in front of the Sudanese army headquarters in the capital Khartoum, a doctors committee said.

Protests took place in response to the military’s arrest of Hamdok and members of the civilian government in Khartoum earlier on Monday. According to the Central Committee of Sudanese Doctors, security forces fired live bullets at the demonstrators.

Also Monday, Gen. Abdel-Fattah al-Burhan, the head of Sudan’s ruling military council, declared a state of emergency and dissolved the Sovereign Council, which was created to run the country after the ouster of long-time President Omar al-Bashir in 2019.

Back to Top
Close
X
Facebook knew it was being used to incite violence in Ethiopia. It did little to stop the spread, do…AfricaCNNFacebook employees repeatedly sounded the alarm on the company's failure to curb the spread of posts inciting violence in "at risk" countries like …