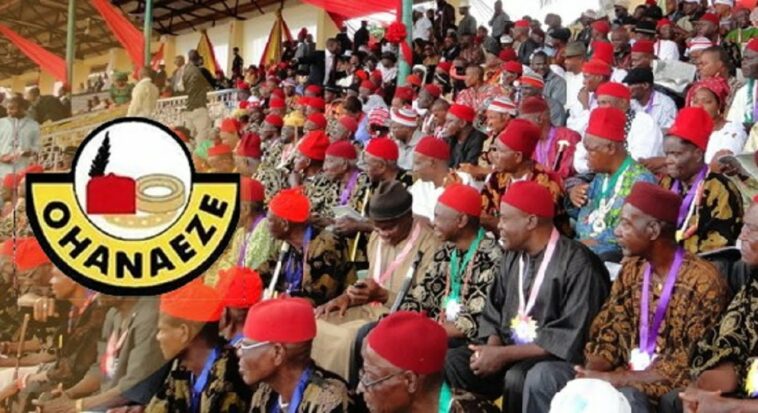 Ohanaeze Ndigbo, the Pan-Igbo socio-cultural organization, has warned against the harsh effects of the planned one week sit-at-home directive by the Indigenous People of Biafra (IPOB) in the southeast region.

In a statement by its Secretary General, Mazi Okechukwu Isiguzoro, and sent to DAILY POST on Tuesday, against the backdrops of the planned exercise by the pro-Biafra group, Ohanaeze, maintained that the planned one week sit-at-home declared by the group was gradually having severe and destructive impacts on the genuine quest of the people to enhance and harness the economic potentials of the southeast for her development.

DAILY POST gathered that the pro-Biafra group had insisted to shut down the entire Igboland as parts of demands, for unconditional release of its detained leader, Onyendu Nnamdi Kanu, who is currently facing treasonable felony charges before Justice Binta Murtala-Nyako-led Federal High Court in Abuja.

Continuing, the Engr Chidi Ibe-led Ohanaeze Ndigbo, revealed that proponents of sit-at-home are envoys, on a move to destroy the only remaining assets(commerce) of the Igbos, in the face of external detractors, regretting that southeast had recorded exits of local and foreign investors from the region in the last two months, which, according to the group, created high level of unemployment, loss of jobs and disruption of the academic calendar, as the Ndigbo must cease it henceforth.

Back to Top
Close
X
Terrorism should not be branded as banditry, says Akeredolu…Latest NewsChannels TVOndo State Governor, Oluwarotimi Akeredolu, has warned that the various criminal activities of kidnapping, bombing, and assault on the peop…