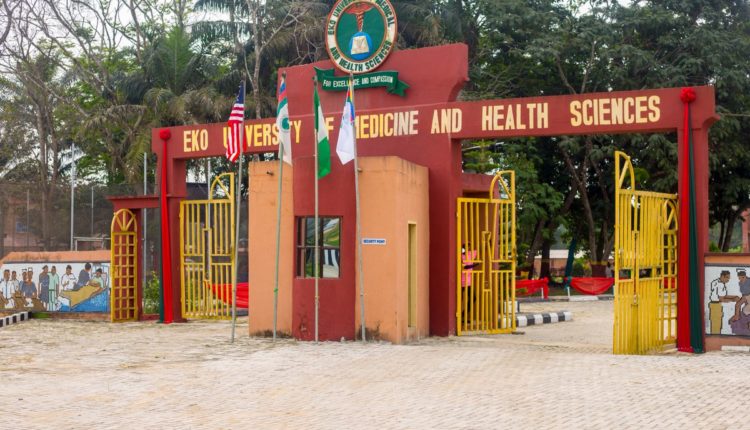 The management of Eko University of Medical and Health Sciences (EKOUNIMED) Ijanikin, Lagos, has announced the full accreditation of the varsity’s courses by the National Universities Commission (NUC).

Breaking the news on Monday, October 25, 2021, was Prof. Olusoga Sofola, the Vice-Chancellor of at a press conference on the campus of the University, Ijanikin, Lagos. 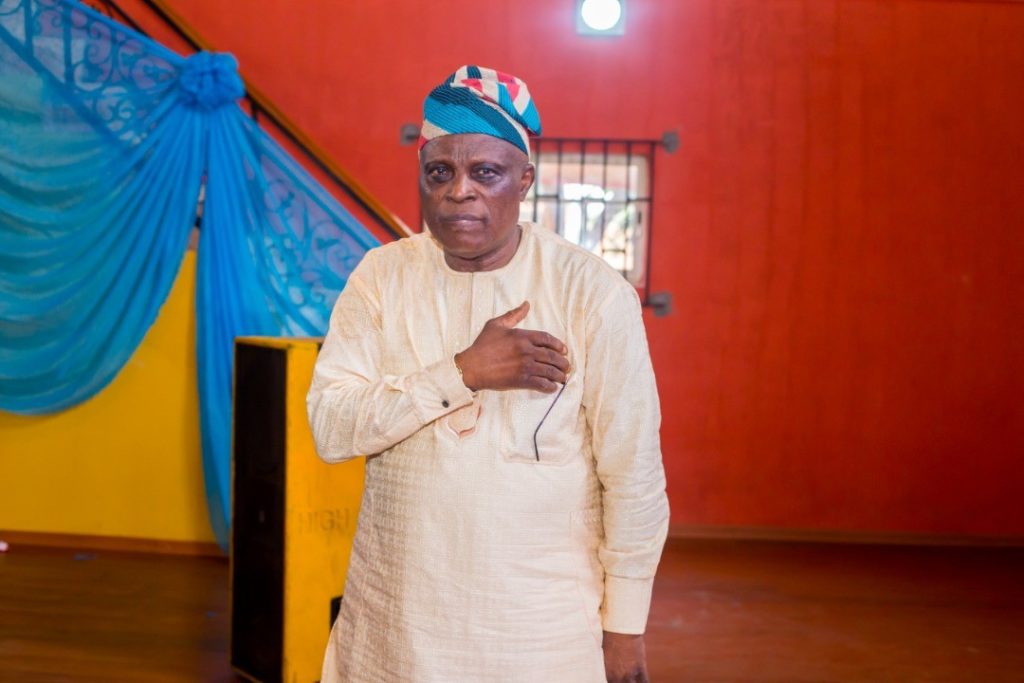 According to the elated VC, the two statutory regulating agencies for university and medical education in Nigeria, namely the National Universities Commission (NUC) and Medical and Dental Council of Nigeria (MDCN) have stamped their approval of operation on the EKOUNIMED.

Explaining further, Sofola stated that the National Universities Commission’s (NUC) full approval means that the first-ever specialised medical varsity in Nigeria can now run its academic programme unfettered for the next five years while the Medical and Dental Council of Nigeria (MDCN) has deemed EKOUNIMED Year Three undergraduates to sit their First Professional Examination.

The Vice-Chancellor disclosed that EKEOUNIMED was already being over-subscribed by prospective medical students across the country, indicating its recognition.

This was even as he stated that the university has a Memorandum of Understanding (MoU) with the Lagos State Government to use six general hospitals in the state for practical training of its undergraduates.

The event coincided with the birthday anniversary of Dr. Hammed Ayodele Ibraheem the Founder and MD of EKOUNIMED on October 25, 2021.

Those who featured and expressed their double-fold joy via the virtual press conference include Mrs. Awoliyi Aina Olapeju, the University Bursar, Mr. Lateef Animashaun, the Registrar and Zainab Aina who described the EKOUNIMED project as a great dream that demands a crazy job.

EKOUNIMED is the premier specialised, privately owned, medical, non-sectarian, and co-educational institution that got the approval of the Federal Executive Council on 6th December 2017.

The three-year provisional licence was formally presented to the founder by the Executive Secretary of the National Universities Commission (NUC), Professor Abubakar A. Rasheed on Tuesday 19th December 2017.

Eko University of Medical and Health Sciences received its license for a full-fledged operation on April 15, 2021, and full accreditation from NUC in June 2021 while it got the MDCN approval to conduct the First professional examination on October 20, 2021.

“We have a memorandum of understanding (MOU) with General Hospital systems of Lagos State Government as our teaching hospitals. We also have an MOU with Nigeria Institute of Medical Research, Yaba, Lagos as well as a three-year mentoring arrangement with the University of Lagos.

“In addition, there is a subsisting working agreement with Ibile Diagnostics and Medicals with Centres in New York, the city of Phoenix, Arizona, Geneva, Switzerland and in Lima, the Capital city of Peru”; Prof. Olusoga Sofola revealed.

According to him, the Vision of the University is to be a world-class institution for the medical and other health professions…

Read the full article in Independent

Back to Top
Close
X
Quickteller Engages Consumers Through Sponsorship Of Alternate Sounds 5.0 Music Concert…In the NewsIndependentLAGOS - Quickteller, one of the leading consumer payment and lifestyle ecosystem powered by Interswitch, has announced the finalisation of …