According to The PUNCH, President Muhammadu Buhari, on Monday, unveiled the Central Bank of Nigeria’s digital currency, also known eNaira, in a keynote event attended by top government functionaries at the State House, Abuja 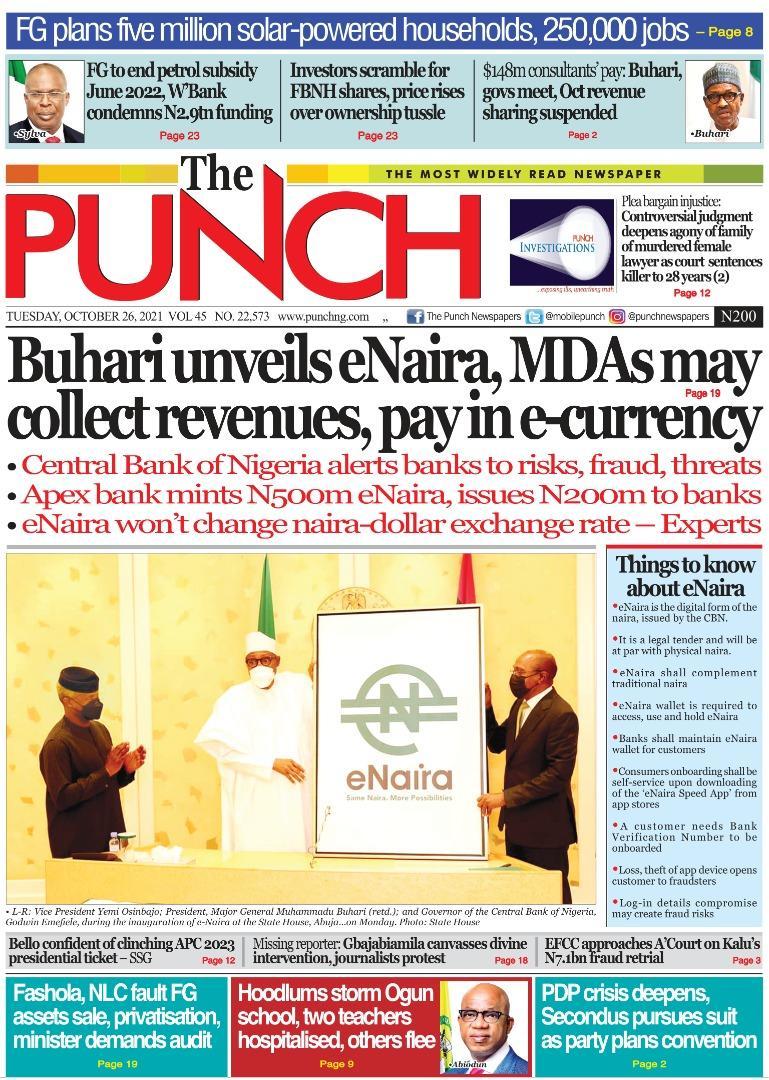 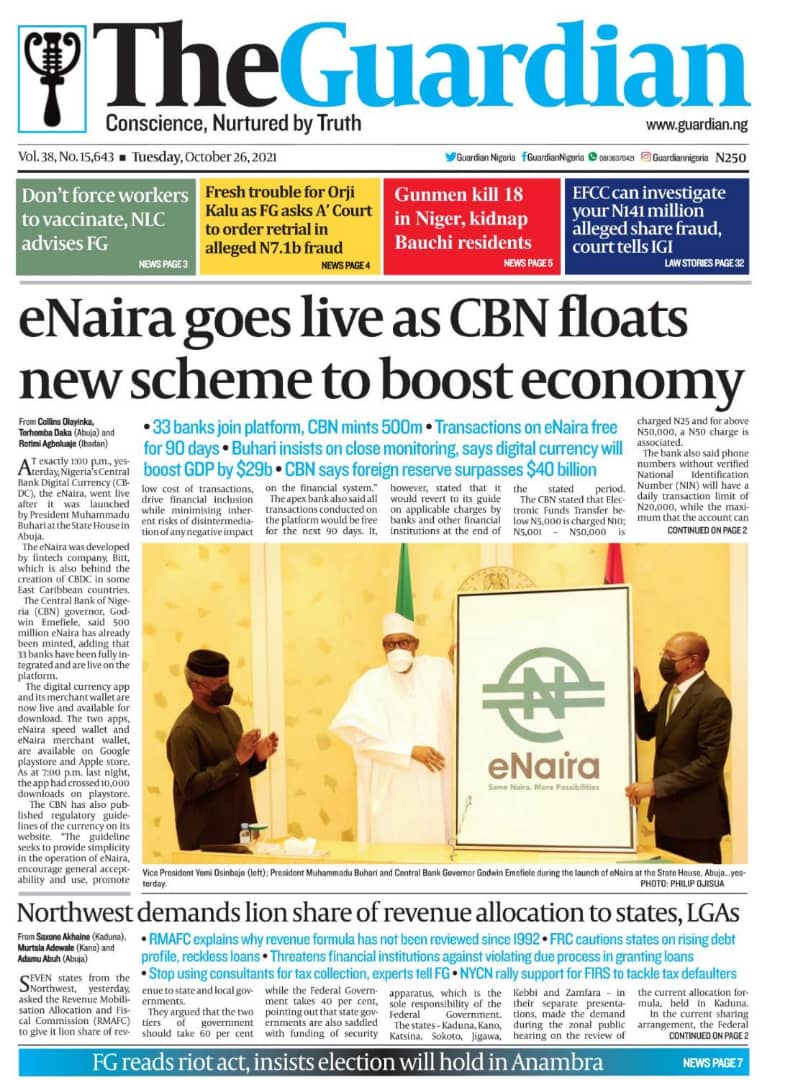 Chairman of the Nigeria Economic Summit Group, NESG has called on the Federal Government, non-state actors, and ordinary Nigerians to act with what he described as “fierce urgency” to secure the future of the country, Vanguard reports. 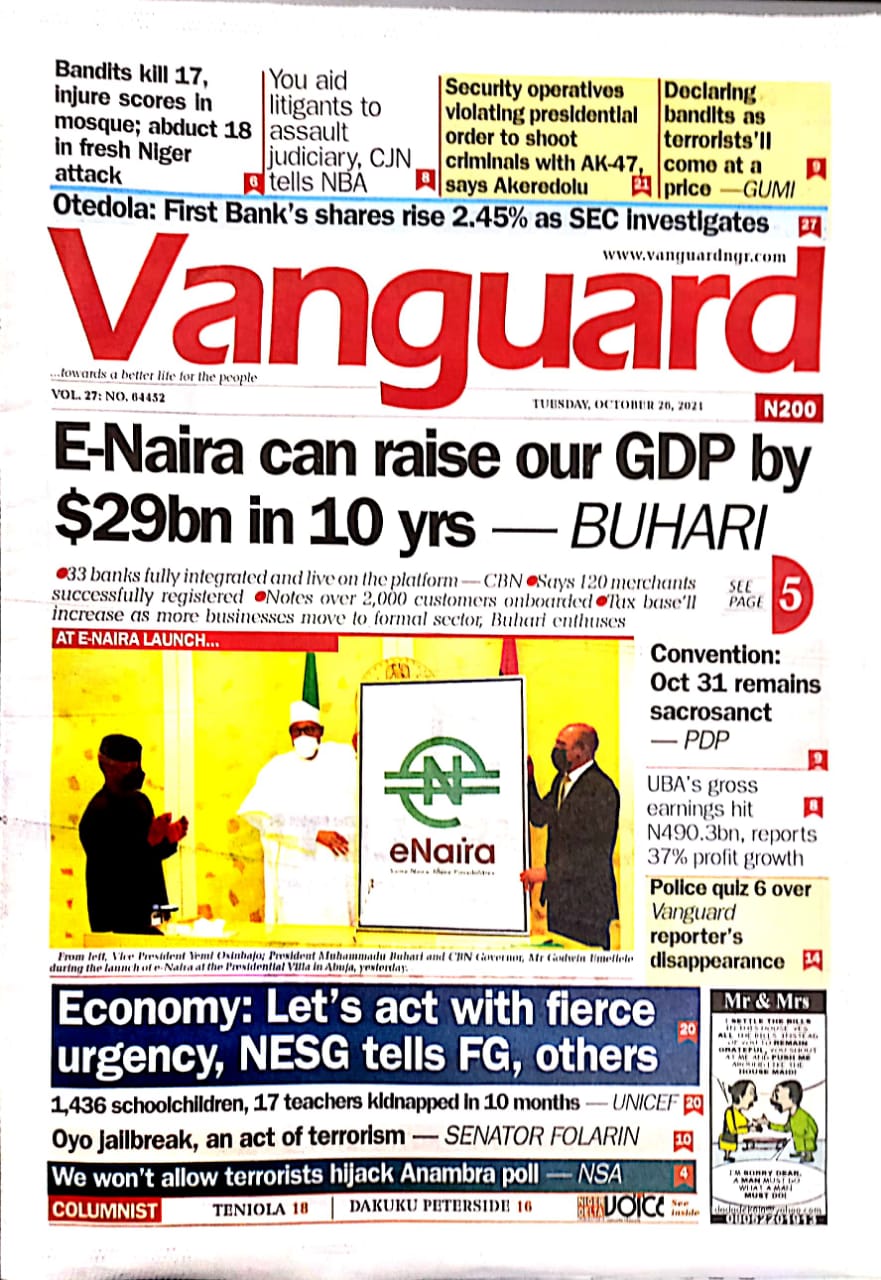 The Nation reports, that President Muhammadu Buhari yesterday acknowledged that in the build-up to the 2023 elections, Nigeria’s politics will be “necessarily rowdy”. 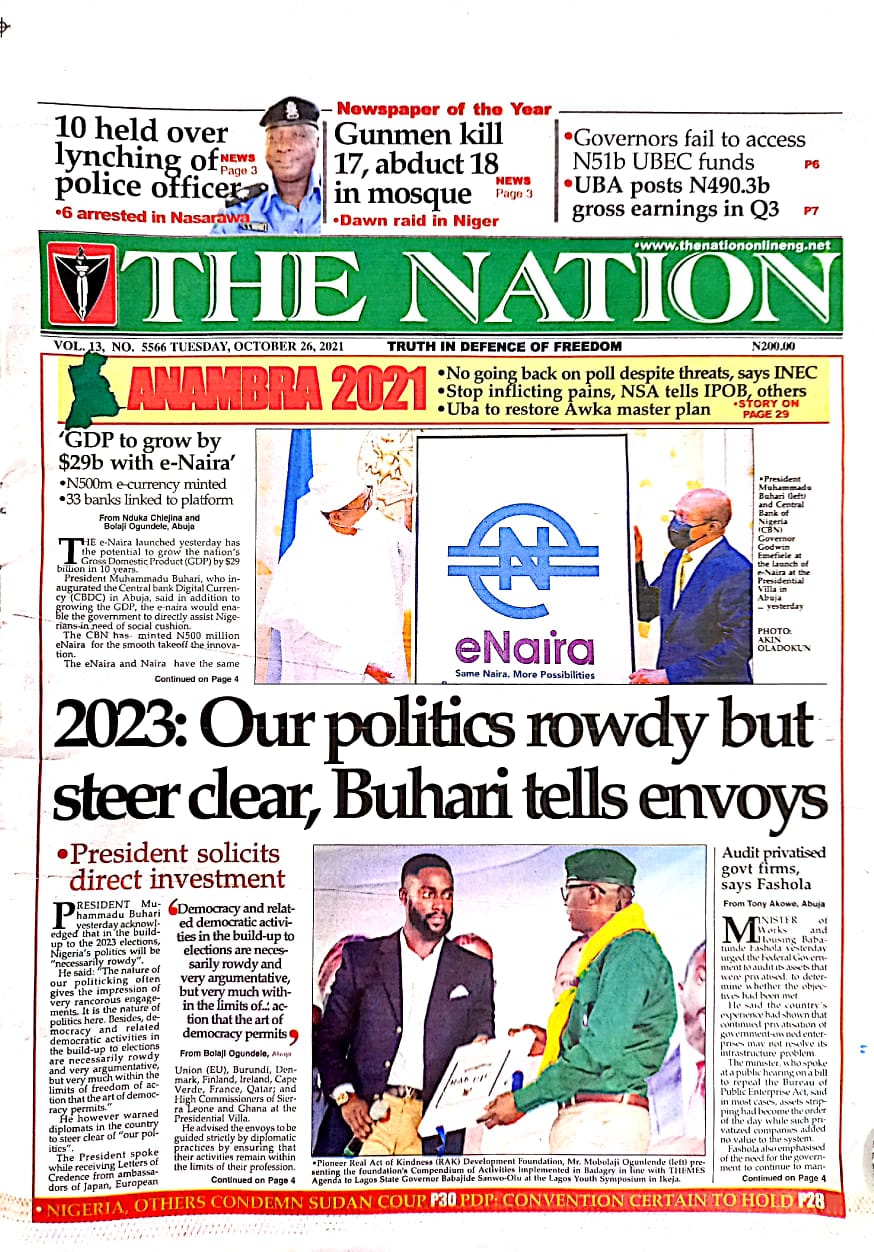 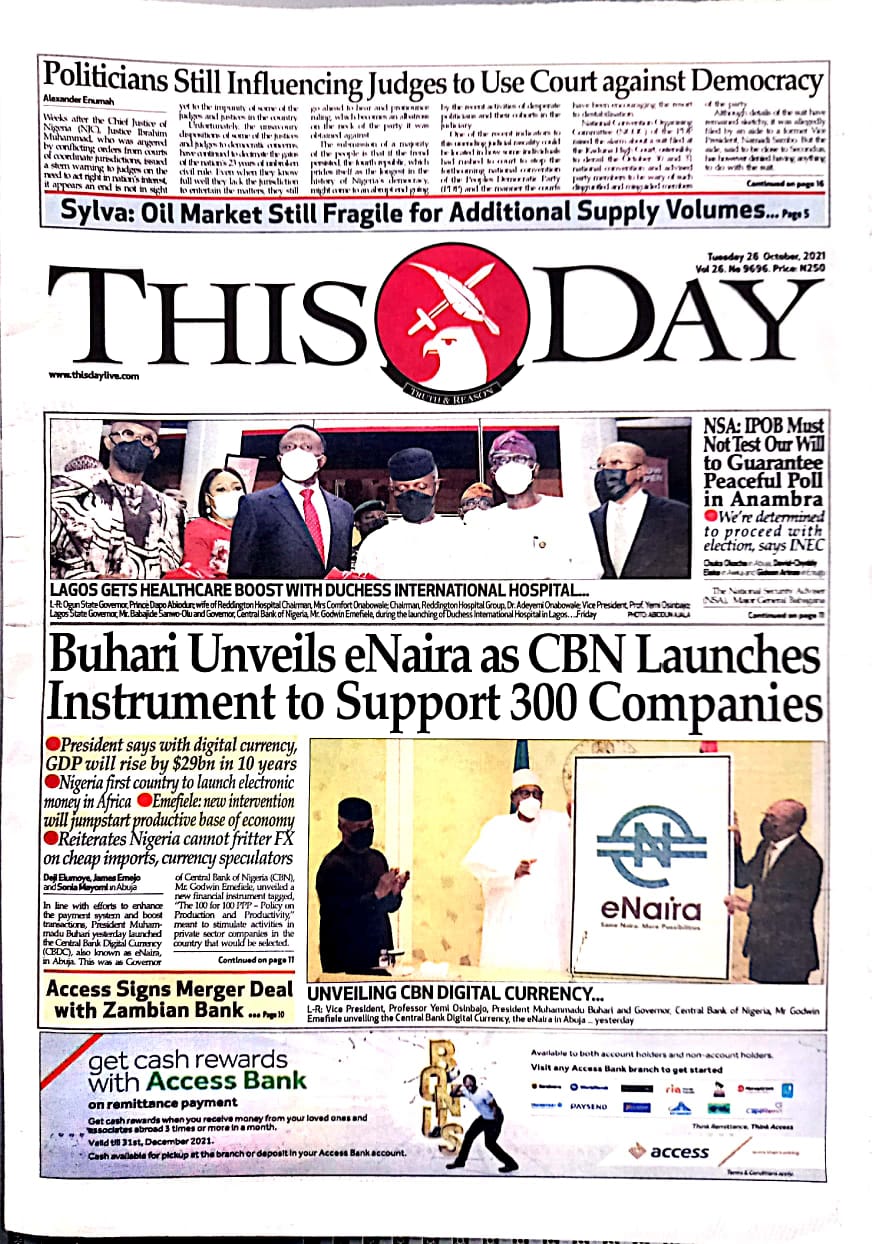 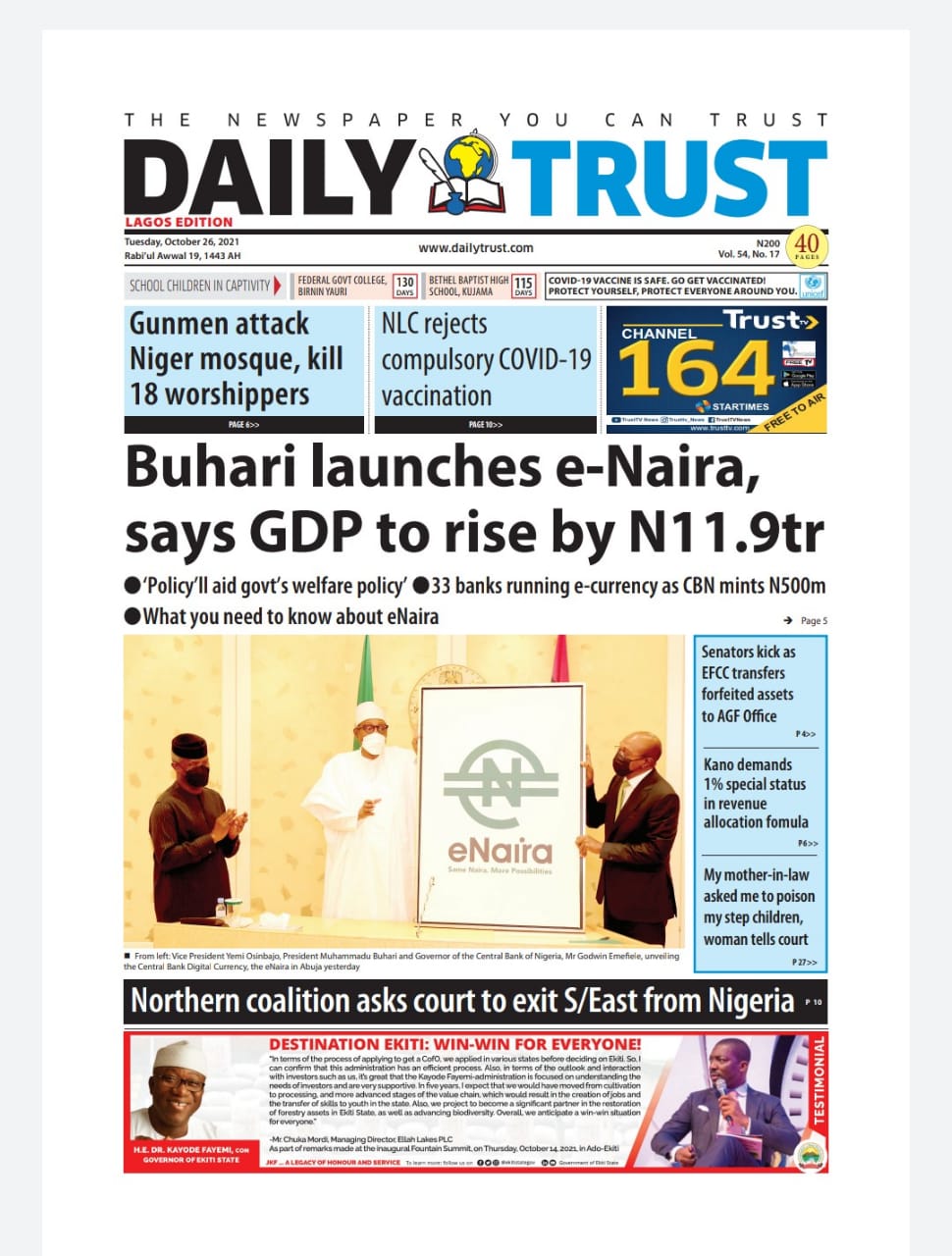 Buhari, during the launch of the eNaira digital currency, stated that it will group the country’s GDP by $29billion in 10 years. Daily INDEPENDENT says. 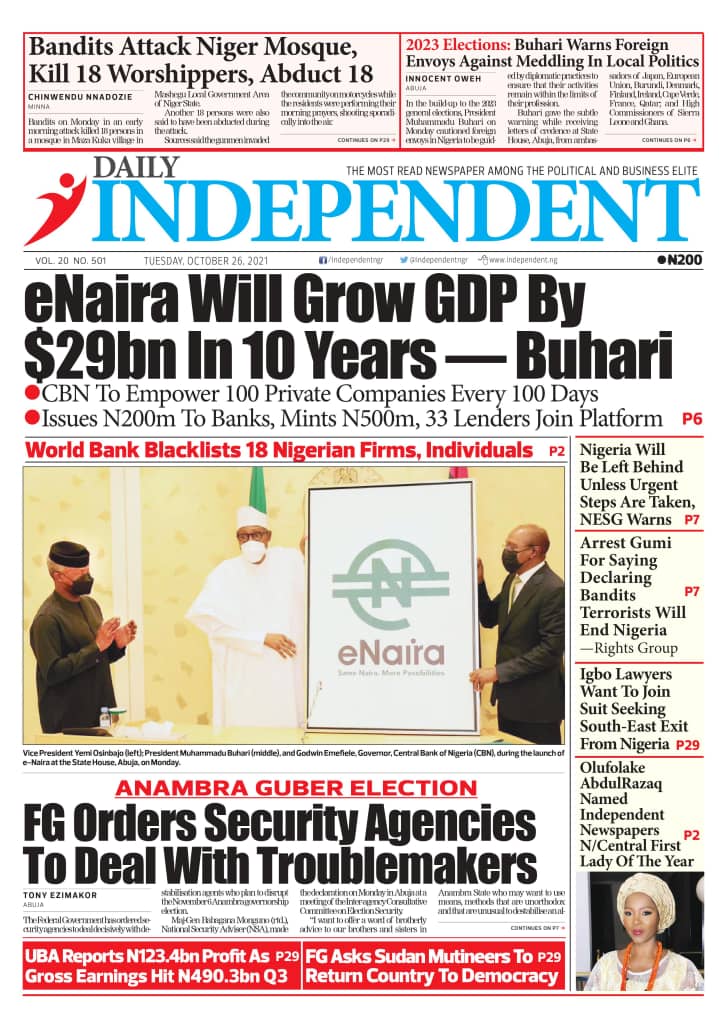 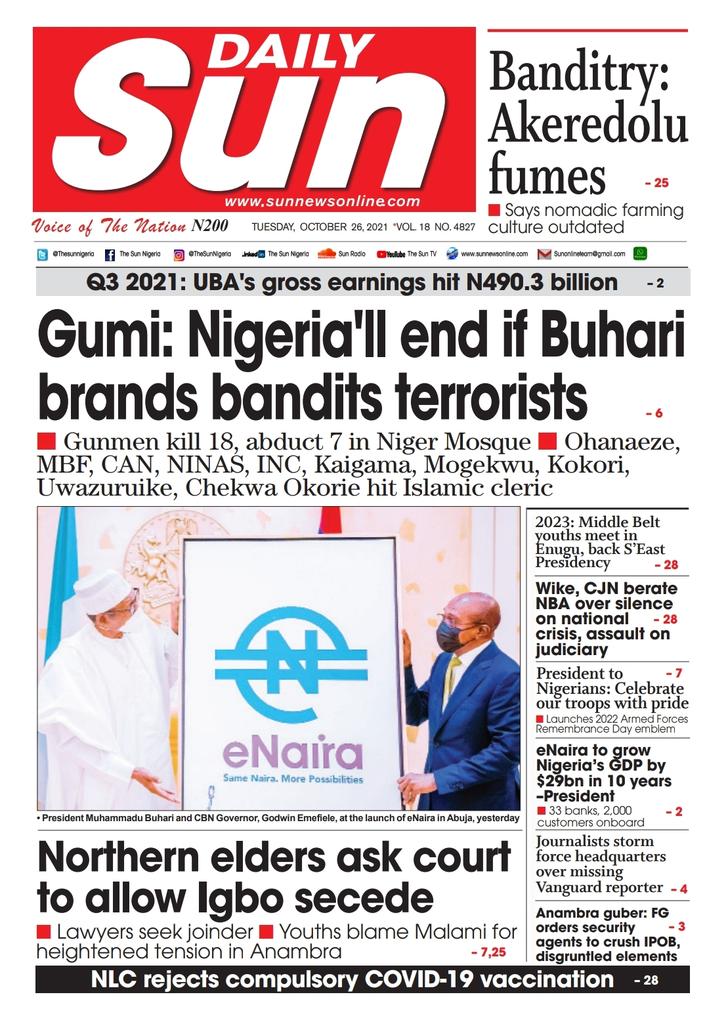 According to Nigerian Tribune, The Niger Delta is demanding 50% increase in derivation fund. 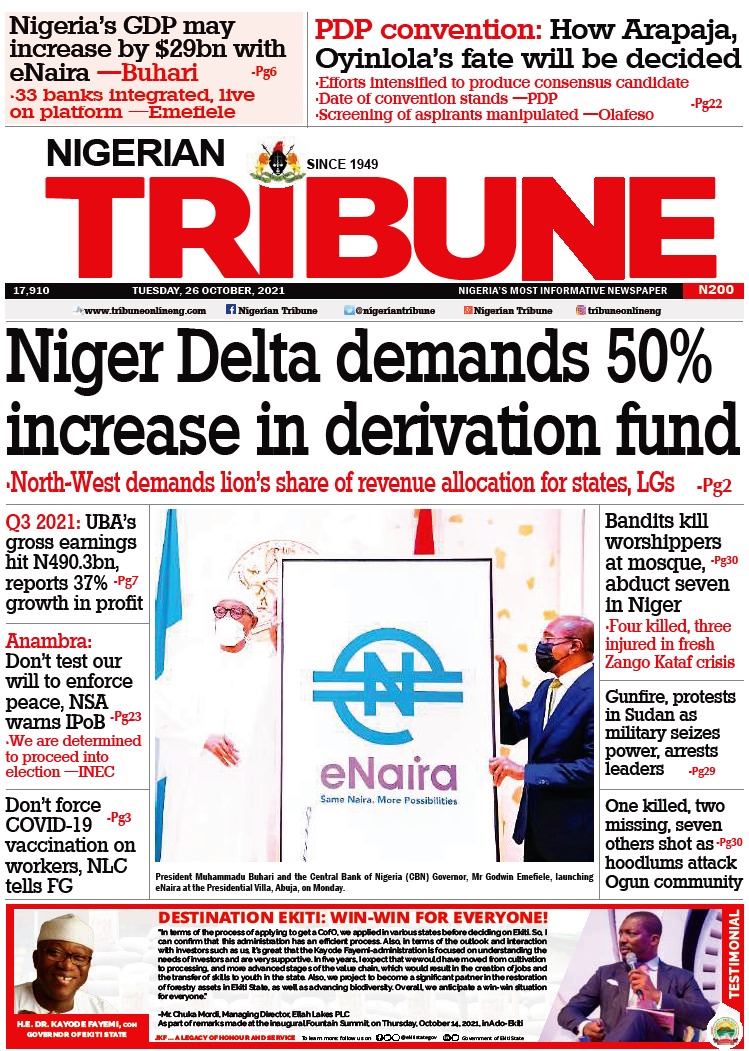 Sunak will end public sector pay freeze amine cost of living crisis despite economists saying measure not enough to make up for inflation and cuts, according to The Guardian. 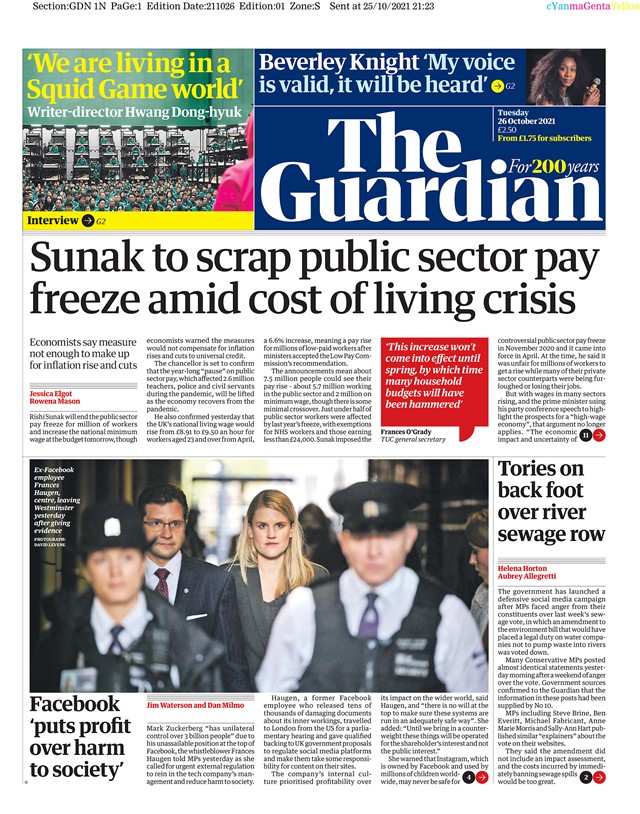 PM Boris Johnson has come under fire ahead of the COP26 after telling an audience of children: “Recycling isn’t the answer”, Metro reports. 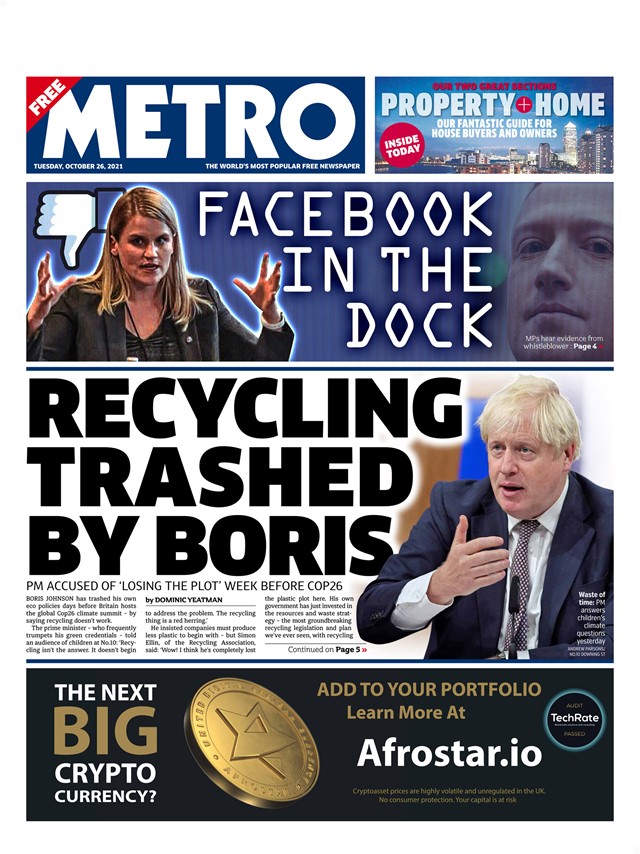 Sunak has ruled out longer school days and extra tutoring to help students whose education has been badly affected by COVID lockdown, i reports 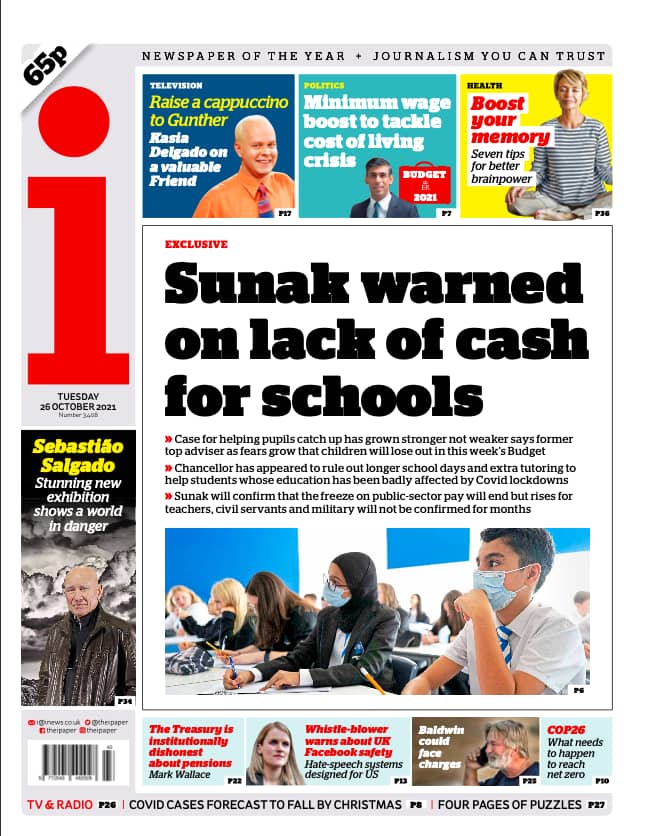 Motorists face a winter of rising fuel prices, The Times reports, they were warned on Monday night that the cost of petrol will hit a record high of 143p per litre 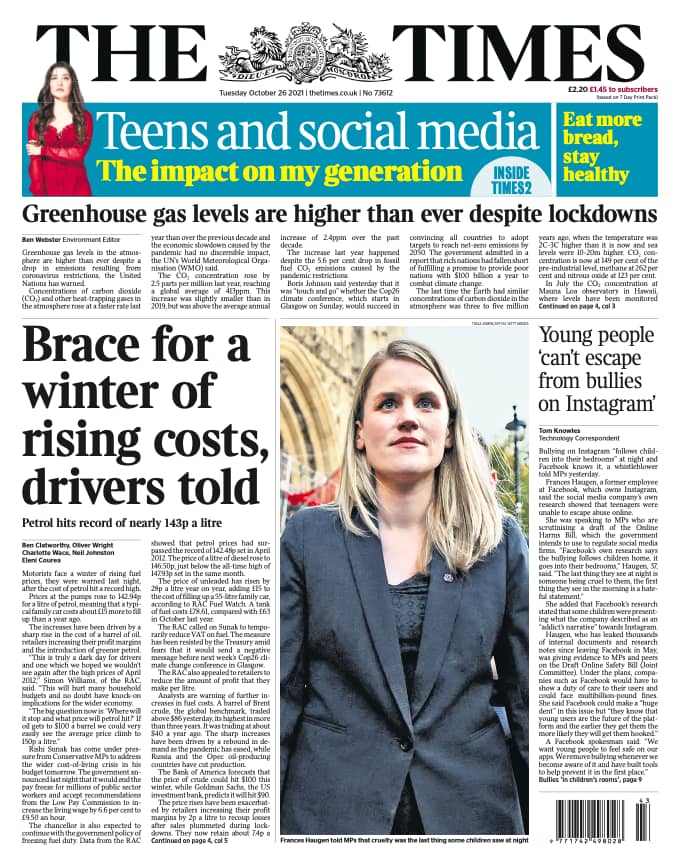 According to The Daily Telegraph, more than five million public sector workers will get a pay rise in 2022 as Rishi Sunak announces the end of the pandemic pay freeze. 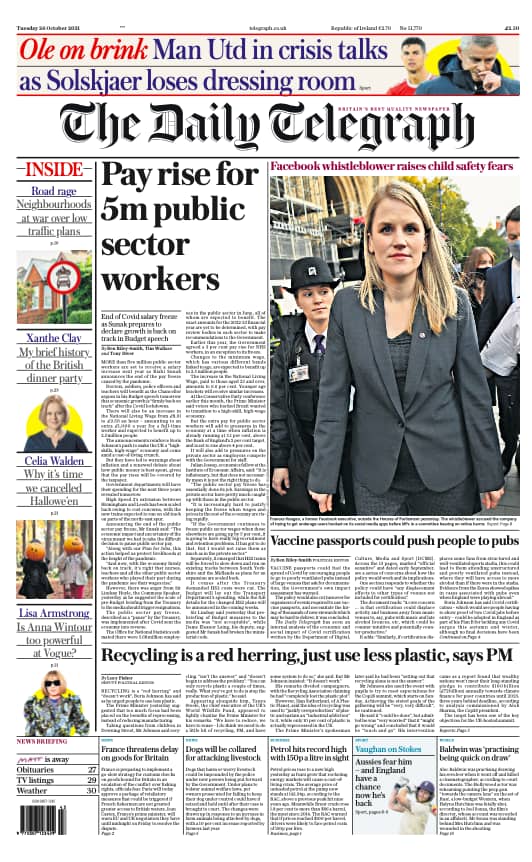 The Daily Mail leads with reports that Chancellor Rishi Sunak plans for a pay rise for seven million workers, the paper however asked how Rishi Sunak will afford it? 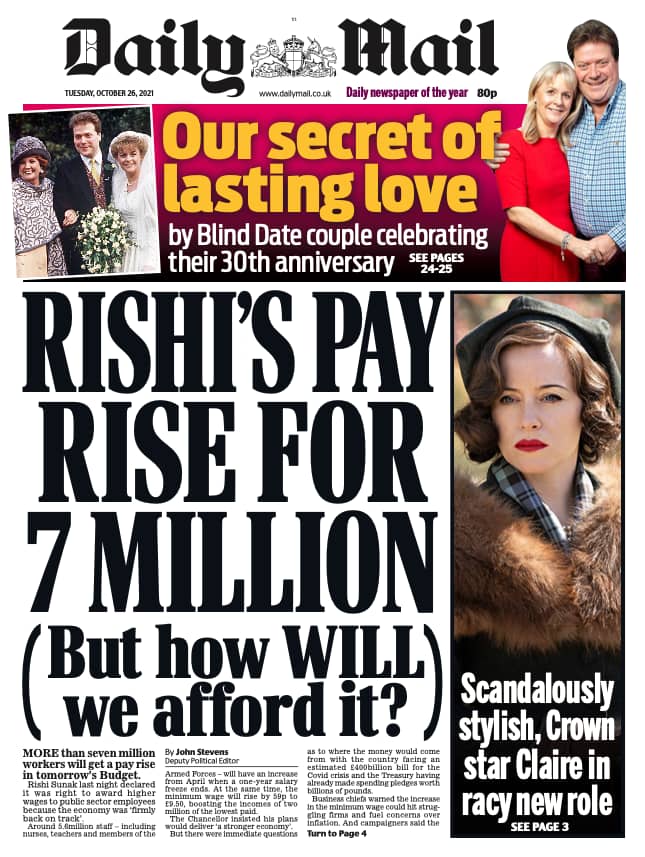 At the top of The INDEPENDENT, several dead after protests in Sudan following a coup that ousted the country’s government. 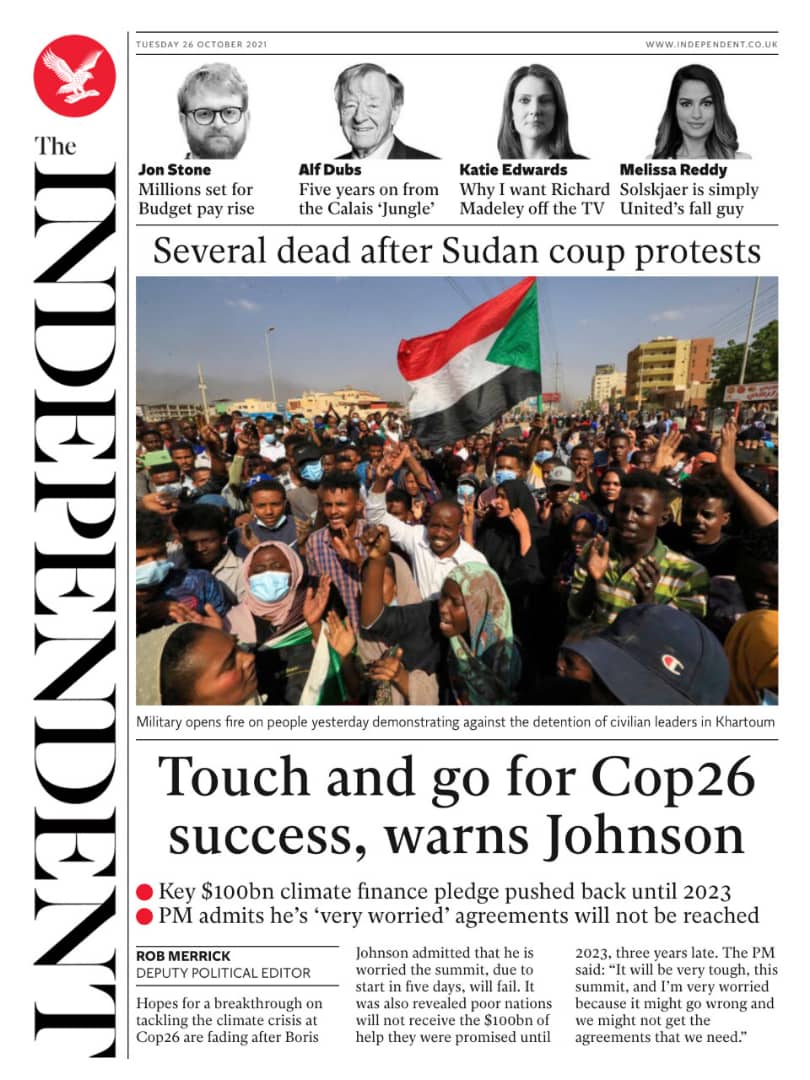 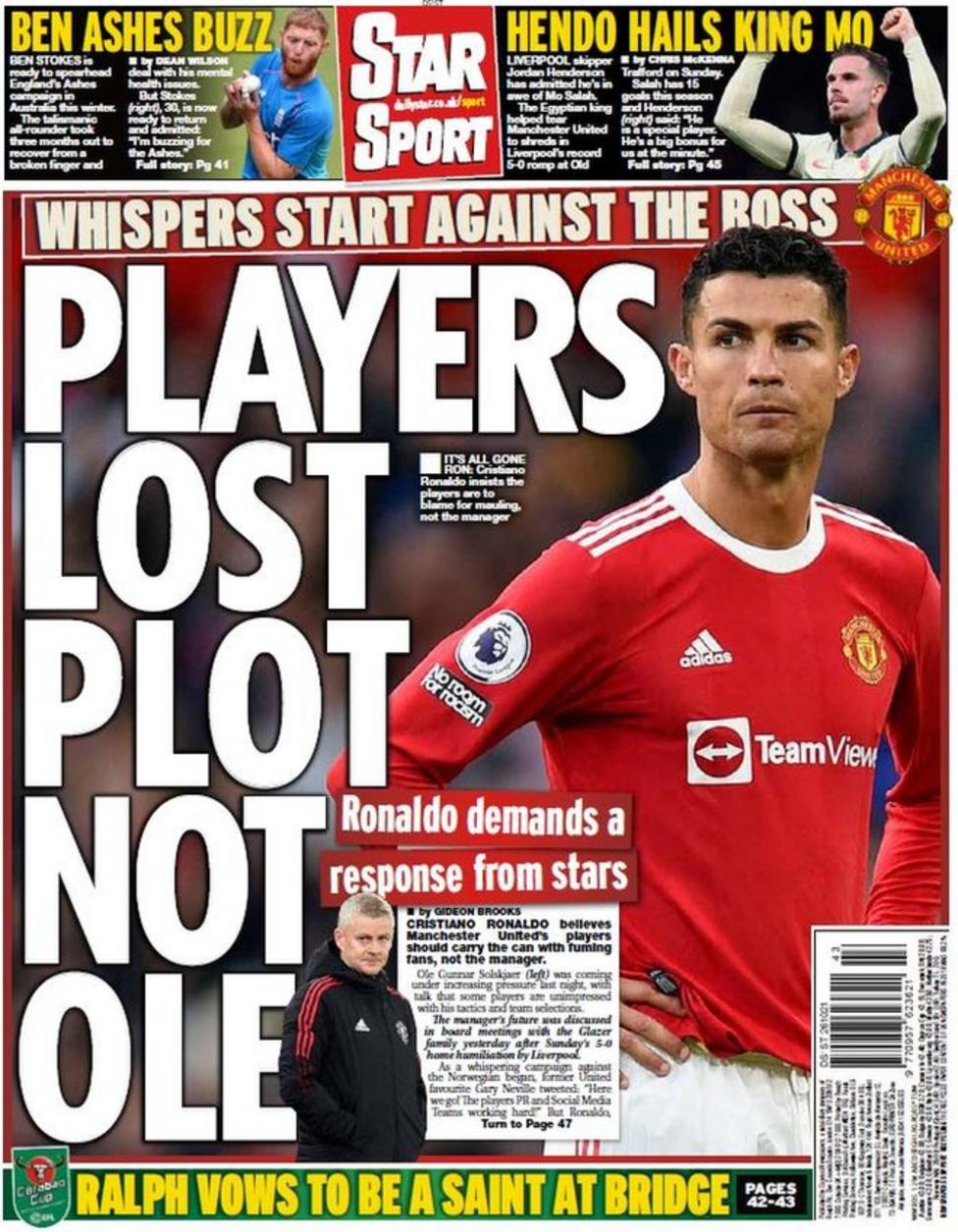 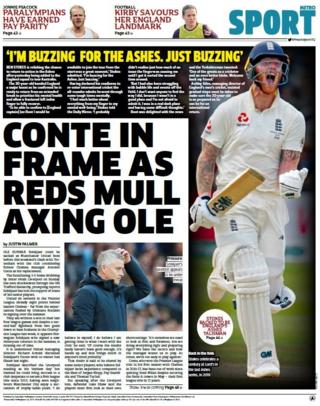 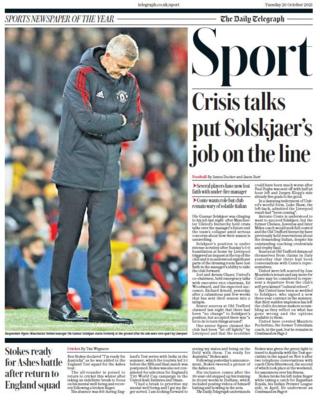 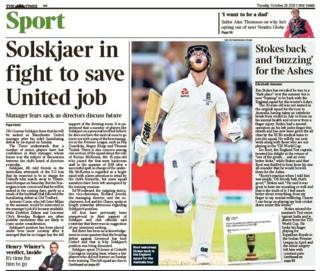 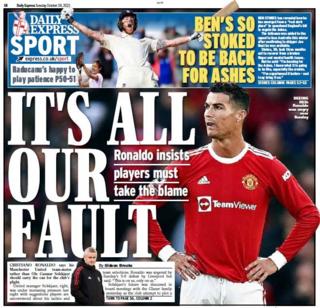 Back to Top
Close
X
Nnamdi Kanu: UN decries FG violation of human rights, demands explanation…Latest NewsPunchThe United Nations has raised concerns on the detainment of Nnamdi Kanu by the Department of State Services and his treatment in their custody.Th…