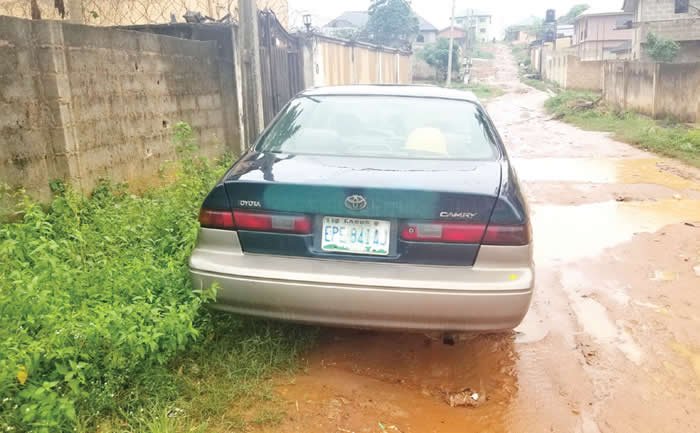 A woman, identified only as Ebere, has succumbed to the injuries she sustained when her husband allegedly set their apartment ablaze during a fight.

The incident happened on Ifesowapo Street, Asolo-Agbede, in the Ikorodu area of Lagos State.

PUNCH Metro gathered that the couple was at home when an argument ensued between them, which degenerated into a fight.

Out of anger, the husband allegedly locked Ebere inside the apartment and set it ablaze.

Ebere was said to be shouting and writhing in pain when her husband, who could no longer bear his wife’s cry, attempted to open the door.

It was learnt that as he opened the door, the intensity of the fire caught up with him.

The victim, who suffered severe burns in her hand, chest and other parts of her body, was rushed to a hospital where she died.

During a visit to their residence on Saturday, a neighbour, who spoke on condition of anonymity, said he was sitting at his passage when Ebere suddenly ran downstairs, sat on the floor and wriggled in pain on October 9, 2021.

“We only saw that her hands were burnt; she was telling us to rush her to a hospital. So, we rushed her to the Aduraking Hospital and Maternity. It was when we got there that I discovered that her chest was also burnt. From there, she was referred to the Ikorodu General Hospital.

“The hospital used an ambulance to convey her to the Lagos State University Teaching Hospital, where she was admitted for treatment. After struggling for survival, she died a week after being hospitalised at LASUTH.

“Since then, we have not seen her husband. We learnt that he was also burnt and was receiving treatment in another hospital. No one knew anything was happening until his wife rushed downstairs with burnt hands. I don’t know the cause of the fight, but I have been reading different stories online,” the neighbour said.