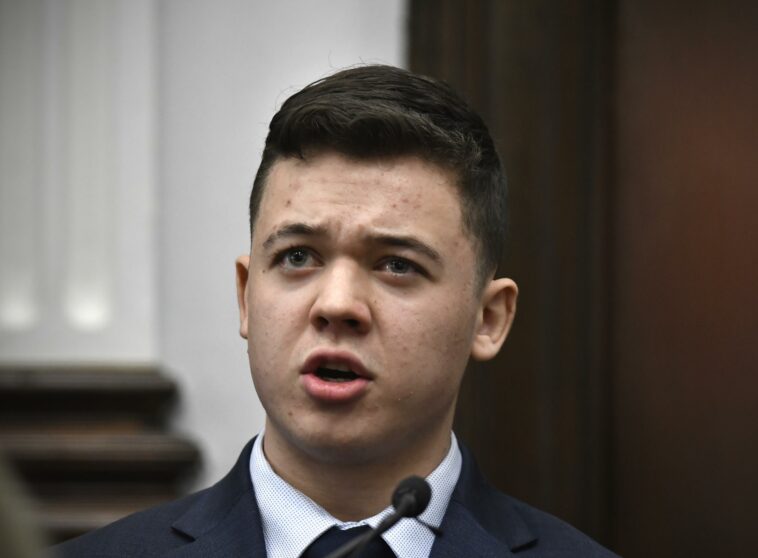 KENOSHA, Wis. — Kyle Rittenhouse told jurors at his murder trial that he tried to get away from his pursuers the night he shot three men during street unrest in Kenosha, saying he never wanted to kill anyone: “I didn’t do anything wrong. I defended myself.”

The 18-year-old spent most of Wednesday giving his account of what happened in just a few frenzied minutes on Aug. 25, 2020, sobbing so hard at one point that the judge called a recess.

In an account largely corroborated by video and the prosecution’s own witnesses, Rittenhouse said that the first man cornered him and put his hand on the barrel of Rittenhouse’s rifle, the second man hit him with a skateboard, and the third man came at him with a gun of his own.

His nearly daylong testimony was interrupted by an angry exchange in which his lawyers demanded a mistrial over what they argued were out-of-bounds questions asked of him by the chief prosecutor.

The judge, though plainly mad at the prosecutor, did not immediately rule on the request. And later in the day, he instructed the jury to expect closing arguments early next week.

Rittenhouse is on trial over the shootings he committed during unrest that erupted in Kenosha over the wounding of Jacob Blake, a Black man, by a white Kenosha police officer. He could get life in prison on the charges. Rittenhouse is white, as were those he shot.

Back to Top
Close
X
Court Adjourns Human Rights Suit Filed By Nnamdi Kanu Till Nov 19…Rifnote UpdateChannelsA Federal High Court in Abia State has adjourned a suit filed on behalf of the leader of Indigenous People of Biafra, Nnamdi Kanu, against the…