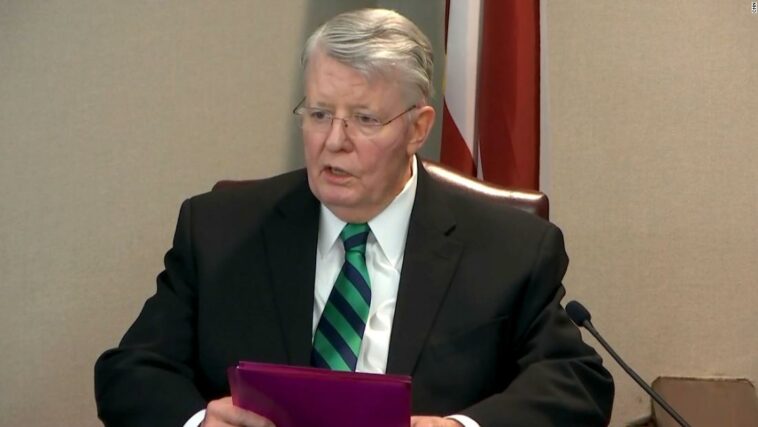 When the first shot was fired, Ahmaud Arbery could have been grabbing or pushing away the shotgun that mortally wounded him, a forensic pathologist testified Tuesday in the trial of three men accused in his killing.

Travis McMichael, his father Gregory McMichael and William “Roddie” Bryan Jr., all of whom are White — face charges including malice and felony murder in the death of Arbery, a Black man who was chased by the trio in vehicles and shot and killed by the younger McMichael in February 2020 near Brunswick, Georgia.

Arbery’s family has said he was out for a jog when he was shot and killed. Defense attorneys contend their clients were trying to conduct a lawful citizen’s arrest of Arbery, and that Travis McMichael shot Arbery in self-defense as they wrestled over Travis’ shotgun.

Donoghue’s autopsy report from April 2020 did not detail the order in which Arbery’s gunshot wounds happened. But he testified Tuesday that he could do so now, combining the autopsy with widely seen cell phone video taken by Bryan. Arbery and Travis McMichael can be seen in the video wrestling over the firearm before the shooting.

Though three shots were fired, only the first and third struck Arbery, Donoghue testified. The first not only grazed his right wrist — hitting an artery and causing severe bleeding — but also struck his center chest, he said.

Back to Top
Close
X
Rittenhouse gives account of shootings: 'I defended myself'…Rifnote UpdateAPKENOSHA, Wis. — Kyle Rittenhouse told jurors at his murder trial that he tried to get away from his pursuers the night he shot three men during stre…

X
EXPLAINER: How the Rittenhouse jury was narrowedRifnote UpdateAPKENOSHA, Wis. — Kyle Rittenhouse played a direct role Tuesday in choosing, albeit randomly, the final 12 jurors who are deciding his innocence or gu…