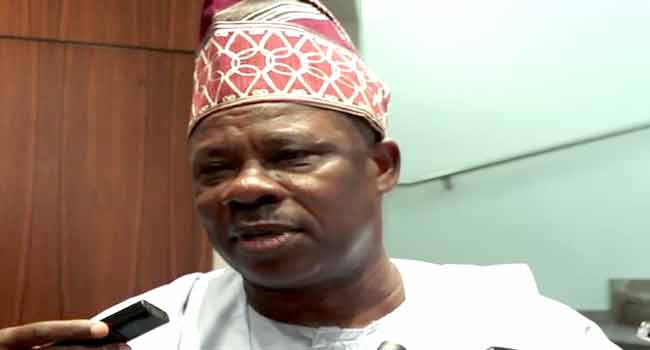 Religious leaders under the auspices of North Central Inter-Faith Clerics Council of Nigeria, comprising of Muslim and Christian clerics have called on Nigerians to support Moses Ayom to be the next president in 2023.

They said they have endorsed Ayom for equity and justice, adding that since 1999, the North Central was yet to produce either the president or the vice president unlike other zones of the country.

In a communiqué after their meeting in Abuja, the clerics said there was the need for other parts of “Nigeria to consider the call for the North Central to produce the next president to promote fairness and equity”.

The communiqué, jointly signed by Bishop David Usman and Imam Aliyu Rabiu Lawal, the clerics said they “believe in the ability of Mr. Moses Ayom (Dan Nigeria) to build on the foundation laid by President Buhari to move Nigeria forward.

Similarly, posters of a former governor of Ogun State, Senator Ibikunle Amosun, for the presidency have surfaced in Abeokuta, ahead of the 2023 general elections.

Amosun, who now represents Ogun Central at the Senate, is one of the APC leaders believed to be eyeing the presidential seat.

Our correspondent observed his posters were conspicuously placed at the popular NNPC Bridge along Presidential Boulevard Way, Oke Mosan, Abeokuta.

X
Any party that rejects Ekiti South agitation can’t win 2022 Guber poll – Faparus…Political LandscapeIndependentADO-EKITI – A chieftain of the All Progressives Congress (APC), Honourable Bamidele Faparusi, has declared that any political party that je…