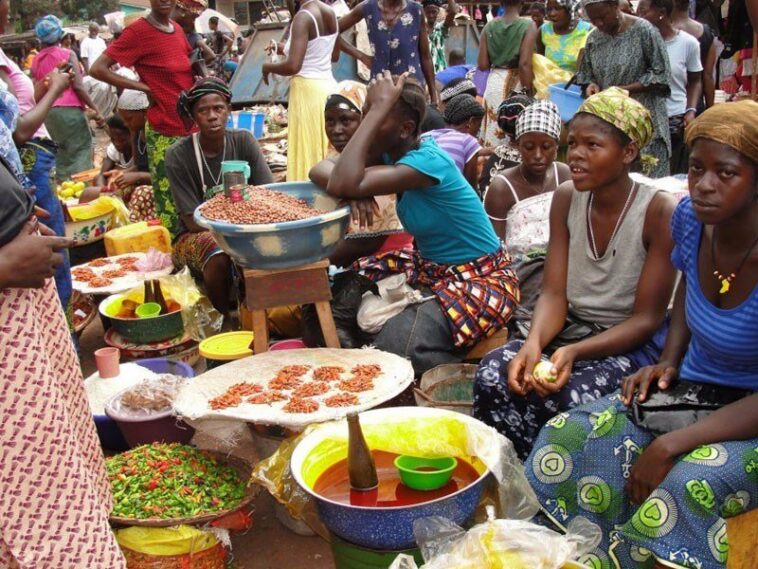 On Monday, the National Bureau of Statistics (NBS) released its monthly inflation report for October. Since NBS released the report, Nigerians have queried if the data is a true reflection of market reality?

According to the report, the consumer price index (CPI), which measures the rate of change in prices of goods and services, declined for the seventh consecutive time to 15.99 percent in October.

“From where does the National Bureau of Statistics get their data? Is it from the same market and society we patronize and live in?” Godson Udeagha, a Facebook user, quizzed the recent inflation report.

But how exactly is the inflation rate calculated? Is NBS report a true reflection of the current market reality?

In discussing the 15.99 percent inflation rate for October, we should first look closely at the methodology used by the bureau to arrive at their conclusion.

The market items used to arrive at their conclusion currently comprise 740 goods and services regularly priced.

The first stage in the calculation of the CPI is the collection of prices on each item (740 goods and services) from outlets in each sector (rural or urban) for each state. Prices are then averaged for each item per sector across the state.

The next step, according to the NBS, is to use the average price to calculate the basic index for each commodity, that’s the current year price of each commodity is compared with a base year’s price to obtain a relative price

EXPLAINER: Prices are going up but inflation rate is dropping -- what's the magic?

X
SAHARA REPORTERS EXCLUSIVE: How LCC statements nailed the Nigerian Army in massa…RifsDespite ongoing attempts by some government officials to discredit the report of the Lagos Judicial Panel of Inquiry on the #EndSARS protest and attac…