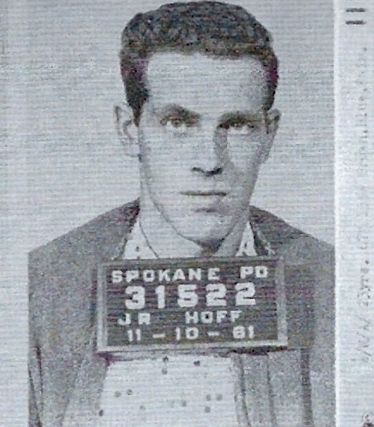 Police in Spokane, Washington, described the murder of Candy Rogers more than 62 years ago as “the Mount Everest of our cold cases.”

Police in Spokane, Washington, say they have finally solved the cold-case rape and murder of a 9-year-old girl in 1959.

John Reigh Hoff, who died in 1970, was this week declared responsible for the brutal assault and strangulation of Candy Rogers more than 62 years ago after a DNA sample from his exhumed body matched that from a preserved sample of semen found on the child’s clothes.

Hoff was 20 and in the U.S. Army at the time of the horrific murder. He was discharged in 1961 after being jailed for tying up a woman and attempting to strangle her. Hoff died by suicide at age 31.

“It’s the Mount Everest of our cold cases, the one we could never seem to overcome but at the same time nobody ever forgot,” Spokane Police Sgt. Zac Storment said in a video released by the department Friday.

Candy Rogers went missing on March 6, 1959 while selling campfire mints. Spokane police revealed the man responsible for her death in a press conference on F…

Rogers vanished on Mar. 6, 1959, while selling Camp Fire mints in Spokane’s West Central neighborhood. Her body was discovered in woods near her home 16 days later following an enormous operation involving hundreds of searchers.

Three Air Force crew members died when a helicopter being used in the investigation crashed into power lines.

Detectives for years pored over “thousands of tips and leads” but kept “running into dead ends,” Spokane Police said in a statement.

Unrelenting determination coupled with advancing technology helped solve one of Spokane’s most heinous and haunting crimes: the rape and murder of a 9-year-old girl, 62 years ago. Learn more on @SpokanePD‘s website https://t.co/XPr0KkTzhfhttps://t.co/sLRMVL3iLR

Earlier this year, the list of suspects was narrowed down…