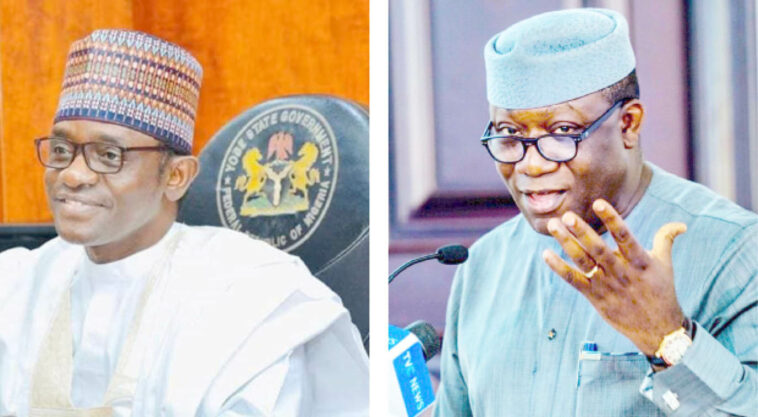 The race to the seat of power in Ekiti State is getting interesting and generating a lot of controversies in recent times as the expiration of the two-term tenure of the sitting governor, Dr Kayode Fayemi, ends in 2022.

There are many aspirants from the two dominant political parties, the ruling All Progressives Congress (APC) and the Peoples Democratic Party (PDP) jostling for the number one political office in the state.

The Independent National Electoral Commission (INEC) has fixed June 18, 2022 for the governorship election in the state and parties have set in machineries for their primaries.

However, two thorny issues are threatening to tear apart the soul of the APC in the state, namely, the direct primary and the alleged imposition or anointing of a particular candidate as the standard-bearer ahead of the party’s primary election scheduled to hold January.

The National Assembly had last week passed the Electoral Act Amendment Bill, approving direct primary as the only method for the selection of candidates. The draft law is awaiting the assent of President Muhammadu Buhari.

The alleged anointing of a candidate is the main issue of discourse in the Ekiti State chapter of the APC in the last two weeks. It was initially alleged that Governor Fayemi had adopted the Secretary to the State Government (SSG), Mr Biodun Oyebanji, as his preferred candidate for the 2022 election. This allegation has, however, been variously denied, but it has refused to go away. The rumour mill was, again agog last week, that it was Fayemi’s wife, Erelu Bisi, that anointed the SSG as the successor to her husband in 2022.

The alleged anointing has also been denied by various government representatives, but it was said to have rattled many government officials and an uneasy calm now reigns supreme in the government circle in the state. It has heat up the polity and set some of the appointees of the governor who are eyeing the number one seat in the state against each other and their supporters.

A concerned top APC member in the state disclosed that the rumoured anointing had polarised the party. He said, “If the rumour is not checked, it is capable of tearing the party apart and subsequently spoil its chances during the governorship and other elections in the state.”

To nip the possible damage in the bud, the chief of staff to Governor Fayemi, Mr Biodun Omoleye, who is also said to have governorship ambition, on Tuesday called an emergency meeting, where he specifically debunked the alleged anointing of the SSG or any other person for the election.

He was said to have told those at the meeting that Fayemi had no anointed or preferred candidate, but rather committed to creating a level-playing ground for all aspirants on the platform of the APC.

“You might be hearing that the governor has chosen someone as his successor. This is not true. The governor has not spoken in this regard. He is focused at completing his tenure well and will not be distracted by rumours. The governor is the leader of the party and he is the one in charge,” he was reported to have said.

However, in spite of all the assurances, it appears that peace is still elusive in the party following the rumoured anointing of a candidate. To douse tension again, Governor Fayemi last Wednesday held a meeting with APC members in the House of Representatives.

Femi Bamisile, who represents Gbonyin/Emure/Ekiti East federal constituency, said the meeting was held a day after the meeting with Vice President Yemi Osinbajo last week. He said the essence of the meeting was to clear the air on the rumoured anointing of a preferred candidate for the governorship election.

“After the tripartite meeting we held with the vice president inside the Villa, members of the House of Representatives from Ekiti State went to meet with Governor Fayemi the following morning.

“Some people who were with us at the meeting were praising him, but I told him that I was not one of his praise-singers. I am also not a hypocrite. When I was not with him, it was very clear, and when I joined his party, we pursued a common drive.

“I told him that I was scared because, on the state of affairs, about a week ago, we suddenly read everywhere that he had adopted the SSG. I reminded him that someone like me had come to intimate him of my intention to contest the governorship election and he said no problem, but the leadership of the party would decide. But all of a sudden, I read that he had adopted the SSG, but I decided to keep quiet because whenever we meet we will discuss it.

“I also told him that, ‘Three days after, we read again that your chief press secretary said there was nothing like anointing, noting that anyone talking about it was talking from the pit of hell. Your Excellency, now that we are sitting together, we will like to know the true situation of things. I also confirmed that you were in Abuja when I read again that the chief of staff had summoned a meeting at the Government House with all political officeholders, denying the story of the anointing candidate. This, to me, as a politician, your friend and someone who knows you clearly, indicates that you are no more in charge of governance in Ekiti. That is exactly how I feel about the whole scenario.”