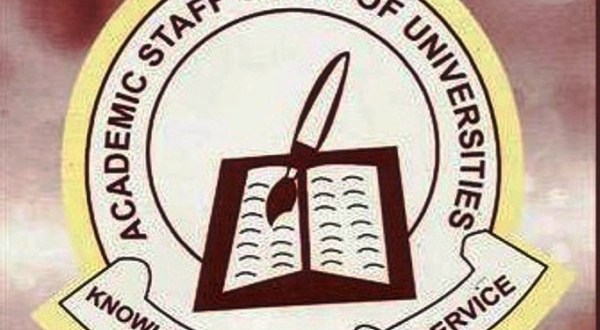 The latest threat by the Academic Staff Union of Universities (ASUU) to embark on a fresh strike within three weeks is unhealthy. The union and the Federal Government are at loggerheads over the failure of the government to honour the agreement it signed with it before its nine-month strike in December 2020 was called off. According to ASUU President, Prof. Emmanuel Osodeke, the government has not paid the N30 billion revitalisation fund for public universities, which it promised to pay by October ending.

Last year, ASUU embarked on a protracted strike that crippled the universities. Students bore the brunt as they lost one academic calendar. The strike, which started March 2020, was only called off in December when the government made some promises to the union. While calling off the strike conditionally, ASUU said it would monitor the compliance level of the government to the agreement they both reached.

Some of the demands of ASUU include better funding of the universities, settling arrears of salaries and other welfare issues. ASUU also demanded non-implementation of the Integrated Payroll Personnel Information System (IPPIS). It developed an alternative system called University Transparency and Accountability Solution (UTAS) and insisted that UTAS must replace IPPIS. Most of these demands, according to ASUU, are yet to be met.

It is unfortunate that the Nigerian public tertiary institutions are bedevilled by perennial strikes. Apart from ASUU, some other unions in the universities often embark on strike. Earlier in the year, the Non-Academic Staff Union of Educational and Associated Institutions (NASU) and Senior Staff Association of Nigerian Universities (SSANU) threatened to embark on an indefinite, comprehensive and total strike from February 5, 2021 if the government failed to address their demands.

The unions had embarked on a 14-day warning strike in October last year. Last January, they embarked on a three-day nationwide warning protest over government’s failure to honour the Memorandum of Understanding signed with them on October 20, 2020. They were disappointed that out of about eight issues, the government had partially resolved only one.

Consequently, our universities have become a shadow of what they used to be. They have lost any iota of prestige left in them. There was a time Nigerian universities could boast of a good number of foreign students. Products of our varsities then could compete with anyone in any part of the world.

Today, the story is different. The image of our tertiary institutions has greatly plummeted as their rating has gone down in the eyes of the international community. Lecture halls and hostel facilities are grossly inadequate and usually dilapidated and overcrowded. Clean water and toilets are a luxury in many of the institutions. Internet services are slow and epileptic. Most of the universities don’t have video conferencing facilities and interactive boards. Most of the library and laboratory facilities are outdated. Abandoned developmental projects litter many of the higher institutions. Qualified academic staffs are inadequate as many of the universities rely heavily on part-time or visiting lecturers. Available facilities lack adequate care and maintenance.

Students are the ones who suffer this the most. A student doing a four-year course, for instance, ends up spending five or more years in school. Some of them come out half-baked because…

X
Do you have a God-given right to defend yourself?…OpinionBy Robin Schumacher As of this writing, the trial of Illinois teenager Kyle Rittenhouse is concluding. You may have heard about it: Kyle went to the B…