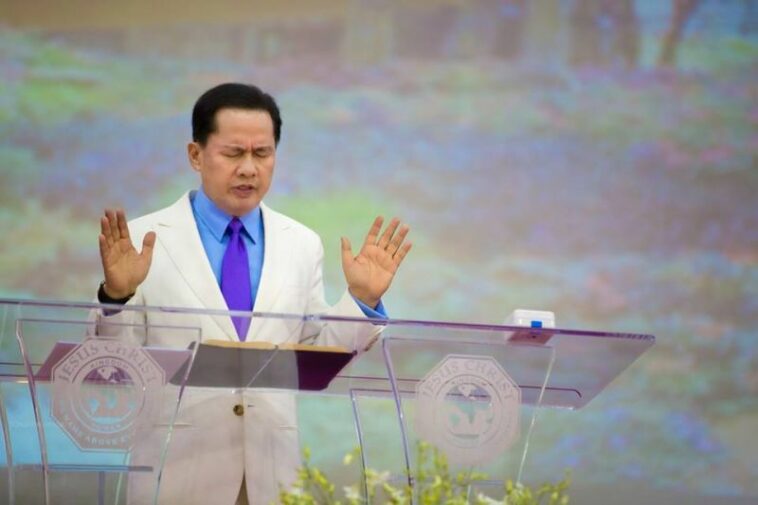 Claiming that sex with him was a “privilege” and “God’s will,” controversial megachurch pastor and founder of the Philippines-based Kingdom of Jesus Christ Church, Apollo Quiboloy, and two of his top administrators have been charged with trafficking young women and girls in the U.S. who were coerced into having sex with him under threats of “eternal damnation.”

The recent charges expand on allegations made early last year against three Los Angeles-based administrators of the church and names nine defendants, including the 71-year-old Quiboloy, and his two administrators, Teresita Tolibas Dandan, also known as “Tessie,” and “Sis Ting,” 59, of Davao City. The “international administrator” was one of the top overseers of KOJC and the Glendale-based Children’s Joy Foundation in the United States.

The other top administrator, Felina Salinas, also known as “Sis Eng Eng,” 50, of Kapolei, Hawaii, allegedly collected and secured passports and other documents from KOJC workers in Hawaii. She also allegedly directed funds solicited from church members to church officials in the Philippines.

Quiboloy, Dandan and Salinas are charged in count one of a superseding indictment, which alleges the sex trafficking conspiracy. Each of them is charged in at least three of five substantive counts of sex trafficking by force, fraud and coercion.

They are accused of bringing church members to the U.S. with fraudulently obtained visas, then forcing them to solicit donations for the Children’s Joy Foundation which is identified as a “bogus charity” as the donations were used for church operations and supporting the lavish lifestyles of church leaders.

Quiboloy, Dandan and Salinas allegedly recruited girls ranging in age from 12 to 25, to work as personal assistants or “pastorals,” for Quiboloy, the indictment adds. The victims prepared Quiboloy’s meals, cleaned his residences, gave him massages and were required to have sex with him. Five female victims, three of whom were minors when the alleged sex trafficking began, are named in the indictment which alleges the sex trafficking began no later than 2002 and continued until at least 2018.

The victims were allegedly ordered by Quiboloy and his top administrators to have sex with the megachurch pastor on a schedule. They were expected to be obedient and rewarded for good behavior “good food, luxurious hotel rooms, trips to tourist spots, and yearly cash payments that were based on performance.”

Victims who didn’t readily embrace their night duties were told “that they had the devil in them and risked eternal damnation.”

When victims managed to escape from their duties they would suffer threats and harassment.

“Defendant Quiboloy would give sermons, broadcasted to KOJC members around the world, in which he would allege that victims who escaped had engaged in criminal conduct and sexually promiscuous activity, and therefore faced eternal damnation…

Back to Top
Close
X
Man who raped and killed 9-year-old girl in 1959 is finally identified…Last PostHuffington postPolice in Spokane, Washington, described the murder of Candy Rogers more than 62 years ago as "the Mount Everest of our cold cases."Pol…

Megachurch pastor coerced girls, women to have sex with him under threat of ‘eternal damnation': DOJ