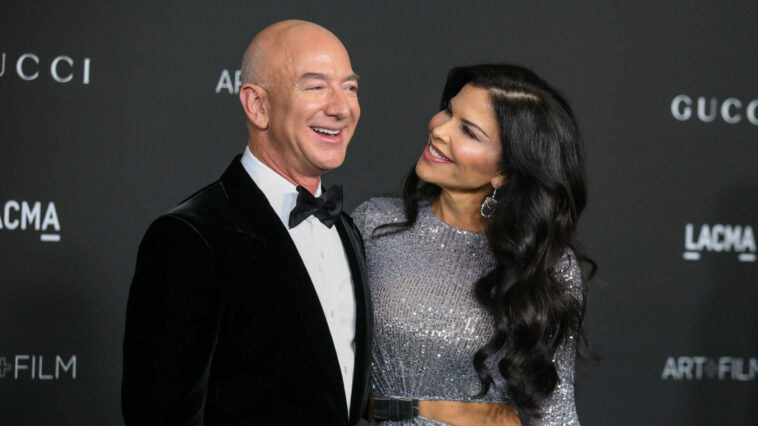 As tightly as Barack Obama embraced Silicon Valley during his two terms in the White House, Amazon billionaire Jeff Bezos was never invited to the schmooze-fest. The two spent years in close proximity: Bezos moved into a spacious Kalorama mansion, just off Embassy Row, a few years after purchasing The Washington Post in 2013. But with the exception of a single C.E.O. luncheon they both attended in late 2009, I haven’t found any reporting, and zero photographs, of Obama and Bezos even in the same room.

That’s why I was somewhat surprised to learn that Bezos recently committed a whopping $100 million to the Barack Obama Foundation. The donation has been whispered about in politics and philanthropy circles over the last few months, and the Obama Foundation confirmed the news when I reached out last week. I’m told the $100 million was midwifed by Jay Carney, Bezos’ political sherpa and the former Obama press secretary. Carney ran point for Bezos, and Obama eventually spoke directly with the Amazon C.E.O. earlier this year. The two are not close, but “have seen each other socially from time to time,” Valerie Jarrett, the Obama family’s longtime aide-de-camp told me.

The gift, the largest single donation ever made to the Foundation, has no restrictions on its use. But it is very common, and increasingly controversial, for major donors to be granted some naming honor in return for a donation of that size, be it a Sackler wing of The Louvre or a Koch theater at Lincoln Center. In this instance, though, Bezos asked for the public plaza at the center to be named the John Lewis Plaza, after the late congressman and civil rights icon—part of an intentional strategy, the foundation said, to “change the paradigm around naming.” Jarrett said she hopes the donation will trigger a new type of naming tradition in philanthropy, one where donors don’t just honor themselves; other finalized named gifts to the Foundation will be announced soon and follow a similar playbook. “We are hoping that other institutions might adopt this strategy as well,” she said.

Bezos’ gift is in the staid, bipartisan tradition of mega donors, celebrities, and corporations seeking adjacency to the good works and mythmaking of post-presidential life. The main work of the Obama Foundation, after all, is currently the construction and administration of a presidential library. Obama in September broke ground on what they are calling a “presidential center”—not technically a library—on Chicago’s South Side. The Obama Foundation also runs other programming, such as a fellowship program to promote rising leaders across the country, which the Bezos gift will help bring to greater scale. Financial participation in these projects offers not just a flattering glow, but also some access to other high net worth individuals, and, of course, to the former president himself…

Back to Top
Close
X
Megachurch pastor coerced girls, women to have sex with him under threat of ‘eternal damnation':…Last PostBy Leonardo BlairClaiming that sex with him was a “privilege” and “God’s will,” controversial megachurch pastor and founder of the Philippines-ba…

X
Jeffrey Epstein documents reveal master manipulator who claimed he couldn’t kill…Last PostThe GuardianThe financier and sex trafficker Jeffrey Epstein told a psychologist he was too much of “a coward” to ever kill himself, two weeks be…