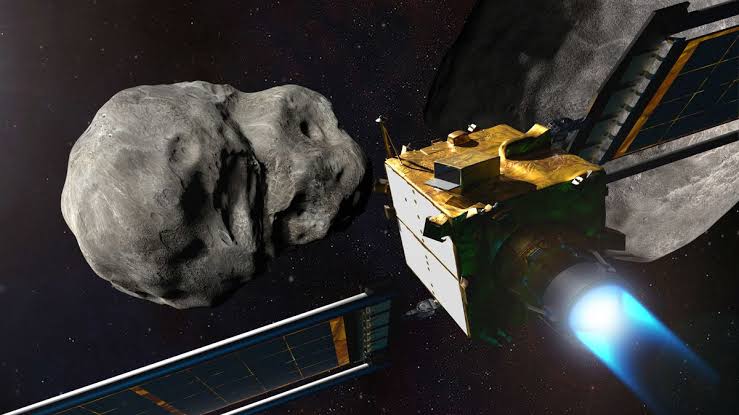 On a winter morning in 2013, a meteor the size of a four-story building screamed across the country, exploding near the city of Chelyabinsk and injuring more than 1,600 people amid widespread property damage.

The chunk of rock and iron, which was 60 feet across, served as a violent reminder that Earth, bombarded daily with tons of space-going debris, periodically intersects with large planet killers—and a significant portion of those remain undocumented.

After years of study and discussion, NASA is ready to launch its first effort to spare Earth the kind of calamity that extinguished the dinosaurs, crashing a space probe into an asteroid to alter its speed and course. The Double Asteroid Redirection Test (DART) launches Nov. 23 local time aboard a SpaceX rocket from California and will cruise for 10 months to a binary asteroid system.

The idea is that if humans have adequate time to react—decades of notice being preferable—enough energy can be transferred into a speeding rock to alter its trajectory and make it miss Earth, avoiding catastrophe up to and including an extinction-level event. (Though a popular subject in science fiction, it’s worth noting that NASA’s current toolkit of asteroid-nudging techniques does not include Morgan Freeman, Bruce Willis or nuclear weapons.)

Given the critical nature of the work, it’s “not a stretch to suggest that DART may be one of the most consequential missions ever undertaken by NASA,” Casey Dreier, an analyst with The Planetary Society, wrote in a November memo to members.

“This test is to demonstrate that this technology is mature enough so that it would be ready if an actual asteroid impact threat were detected,” Lindley Johnson, NASA’s planetary defense officer, said at a Nov. 4 news conference…

Back to Top
Close
X
Researchers developed a new superconducting camera that could finally help us detect aliens and extr…ScienceBy Daniel Levi Are we alone in the universe? Or are there somewhere other intelligent beings out from very different worlds with advanced civilization…

X
Can lobsters and octopuses feel pain? Scientists say yes, and the U.K. is listen…ScienceNBC NewsThe British government is reforming its animal welfare laws after Brexit, including a bill that would formally recognize some animals’ ability…