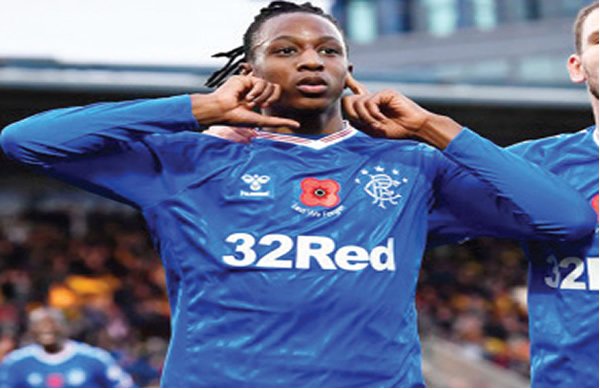 Regarded as the former Liverpool legend’s most trusted man during his time with Glasgow Rangers, Aribo has been tipped to be Gerrard’s first signing during the next transfer window.

The Nigeria international has arguably been one of The Gers most consistent performers this season and has developed from being a talented yet inconsistent individual to a player that simply cannot be dropped.

According to rangersnews.uk, the new Villa boss could be interested in signing the midfielder, who made 43 appearances as the Ibrox side strolled to the Premiership title and made the Europa League last 16 last season.

“Realistically, how long can Rangers expect to keep hold of their diamond?” the website wrote.

X
Ballon d’ Or: Guardiola makes claim about Messi, Ronaldo…SportsDaily Post Manchester City manager, Pep Guardiola believes that nobody will be able to match the duopoly that Paris Saint-Germain’s Lionel Messi and M…