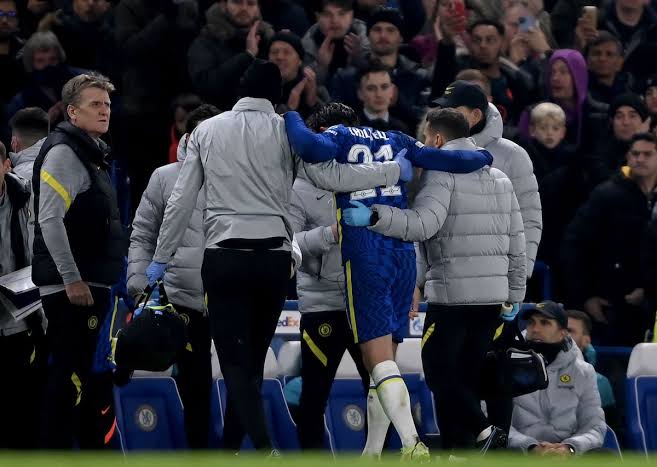 Chelsea will be nervously awaiting the results of Ben Chilwell’s scan.

Chilwell, 24, was in action during the Blues’ most recent Champions League group game against Juventus on Tuesday night.

Having started the season in excellent form, which includes three goals and an assist in his first six Premier League matches, Chilwell has deservedly become Thomas Tuchel’s first-choice left-back.

However, despite the Londoners thumping Serie A giants Juventus 4-0 at Stamford Bridge, their evening was ruined after Chilwell picked up a nasty-looking injury.

After hobbling off the field with around 20-minutes left to play, the extent of the England international’s injury quickly became apparent…