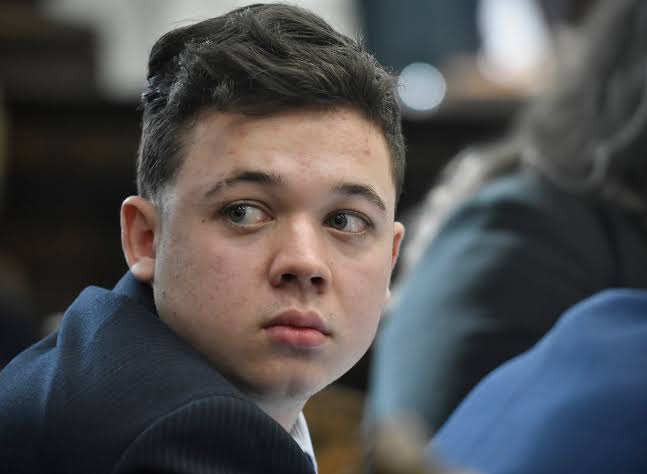 A teenager acquitted of murdering two men and wounding another last year during racially based protests in Wisconsin reportedly visited Donald Trump at his Florida resort, with the former president describing Kyle Rittenhouse as “really a nice young man”.

Trump revealed the visit in an interview with the TV show host Sean Hannity that aired on Fox News on Tuesday night. It was accompanied by a photograph of the pair together at Trump’s Mar-a-Lago resort in Palm Beach, where the former president lives.

Rittenhouse, 18, and Trump were smiling and flashing thumbs-up signs at the camera, both wearing suits.

Rittenhouse, who was found not guilty on all charges by a jury in Kenosha, Wisconsin, last Friday, “wanted to know if he could come over and say hello because he was a fan”, Trump told Hannity, as reported by Raw Story.

“He came over with his mother. Really a nice young man. And what he went through, that was prosecutorial misconduct. He should not have had to suffer through a trial for that. He’s a really good, young guy.”

Rittenhouse was 17 when he traveled 20 miles from his home in Antioch, Illinois, to Kenosha, as protests erupted at the shooting of Jacob Blake, who is Black, by a white police officer on 23 August last year.

The teen shot and killed Joseph Rosenbaum, 36, and Anthony Huber, 26, and wounded Gaige Grosskreutz, 27, with an assault rifle on 25 August as he roamed Kenosha with other armed men claiming to act as self-appointed, unofficial security guards.

He testified that the shootings were in self-defence during a tumultuous trial. The verdict was…

X
Kyle Rittenhouse and Donald Trump photo at Mar-a-Lago breaks the internet…United StatesNewsweekDonald Trump claimed that Rittenhouse has been a victim of prosecutorial misconduct in the trial that concluded last week.A photo of Kyle Ritt…