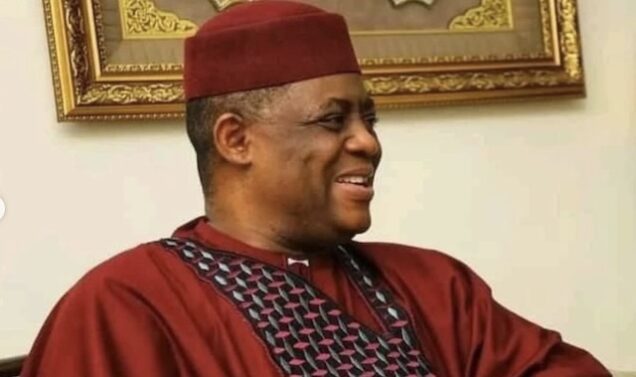 Former Aviation Minister, Femi Fani-Kayode has debunked claims that he was arrested by the Economic and Financial Crimes Commission, EFCC.

It was reported earlier in the day that Fani-Kayode was arrested by EFCC for alleged forgery.

He said Fani-Kayode was arrested for forgery and manipulation of documents.

Uwujaren said: “Yes it’s true. It has to do with forgery.”

He, however, didn’t give further details on the matter.

However, Fani-Kayode said he was not arrested and that he only responded to an invitation by the EFCC to appear.

He said he was granted bail on self-recognition by the EFCC, saying they were very polite and professional.

He said: “Just arrived at the George Hotel for dinner. I was never arrested by the EFCC. I was invited & I flew down to Lagos to see them.

Back to Top
Close
X
Virginity testing: MPs back ban on 'indefensible' practice…Latest NewsBBCMPs have backed a ban on virginity testing in England, after the government called it "indefensible".Anyone helping girls or women get the tests, w…

I was never arrested by EFCC - Fani-Kayode