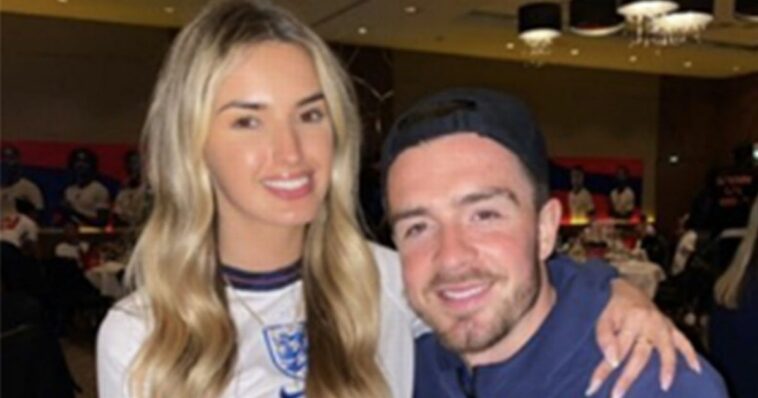 Jack Grealish has denied rumours of a love triangle between him, his girlfriend and TV star Emily Atack.

The Manchester City footballer took to Instagram on Sunday to deny rumours he has been dating The Inbetweeners actress Emily Atack, despite being in a relationship with childhood sweetheart Sasha Attwood.

Jack and girlfriend Sasha have been in an on and off again relationship for around 10 years.

I response to the rumours, Jack said: “Please don’t believe everything you read in newspapers.”

Despite whispers of Jack’s affair, Sasha recently sparked engagement rumours after showcasing a ring on Instagram.

But who is Sasha Attwood? Here’s everything you need to know about Grealish’s childhood sweetheart…

Who is Jack Grealish’s girlfriend Sasha Attwood and what does she do as a job?

Sasha Attwood is a model and influencer and at the time of writing has over 126,000 followers on Instagram.

She is reported to have been scouted by a modelling agent while out on a shopping trip in Birmingham with her mum when she was just 13.

Jack Grealish's girlfriend Sasha Attwood is a model and influencer