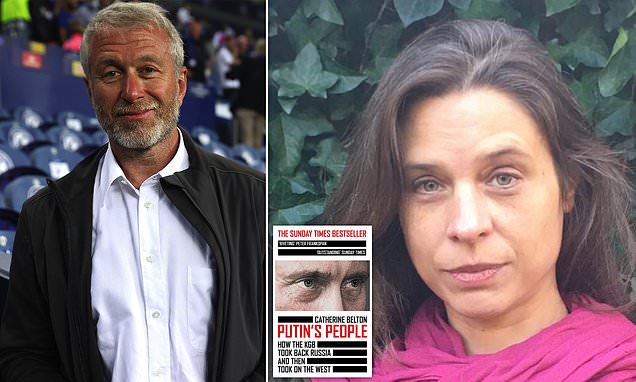 Roman Abramovich has won the first stage of his defamation court battle against HarperCollins over claims he was ordered to buy Chelsea Football Club by Vladimir Putin.

Mr Abramovich, 55, has received early vindication of his continuing law suit against the publishing giant and author Catherine Belton after a judge ruled that nine statements made against him in a 2020 book were defamatory.

A ruling from judge Mrs Justice Tipples has upheld Abramovich’s claims that false statements were made against him in Belton’s book Putin’s People: How the KGB Took Back Russia and then Turned on the West.

Belton’s book includes claims from leading figures within Putin’s regime in the early 2000s that Abramovich bought Chelsea for £150million in 2003 on the personal orders of the Russian president.

The former Financial Times journalist’s book quotes exiled oligarch Sergei Pugachev – once dubbed ‘Putin’s Banker’ – as the source of the Chelsea FC claims – but Abramovich maintained the allegations were untrue and damaging both to him and the club.

The Russian billionaire took the rare step of fighting the claims in court in a bid to set the record straight on his aims and ambitions for the London-based football club.

X
Chelsea sweating on scan results as in form star could miss entire season…Champions LeagueCaught OffsideChelsea will be nervously awaiting the results of Ben Chilwell’s scan.Chilwell, 24, was in action during the Blues’ most recent Champion…