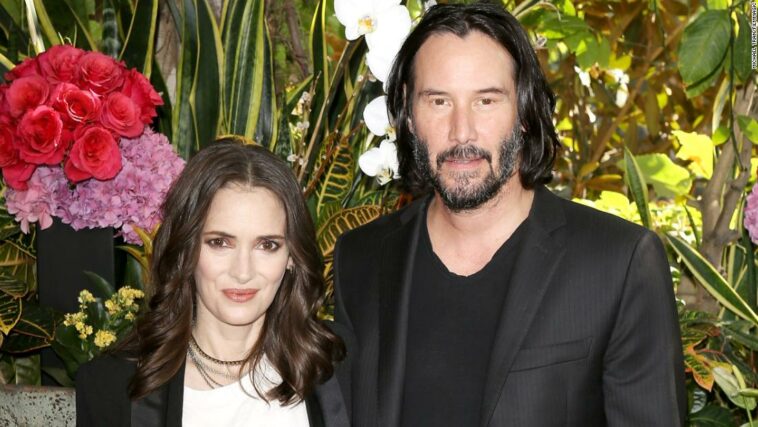 Keanu Reeves and Winona Ryder may be one of Hollywood’s longest standing “marriages.”

Reeves has once again addressed talk that he and Ryder are actually married, thanks to actual priests officiating the wedding scene performed in Romania for the 1992 Francis Ford Coppola directed drama “Bram Stoker’s Dracula.”

“We did a whole take of a marriage ceremony with real priests,” Reeves said in an Esquire video. “Winona says we are [married]. Coppola says we are. So I guess we’re married… under the eyes of God.”

Back in 2018, the two actors talked to Entertainment Weekly while promoting their rom-com “Destination Wedding,” and Ryder said she believed that the pair had wed.

“In that scene, Francis [Ford Coppola] used a real Romanian priest,” she said. “We shot the master…

Back to Top
Close
X
Your Mother Is A Prophet – Reactions As James Brown Reveals He was Abandoned As A Baby…EntertainmentNaija NewsNigerians are currently reacting to James Brown’s disclosure of certain circumstances surrounding his childhood.Recall that the crossdresser…

Keanu Reeves 'married under the eyes of God' to Winona Ryder